AT&T is no longer developing a Gogo competitor 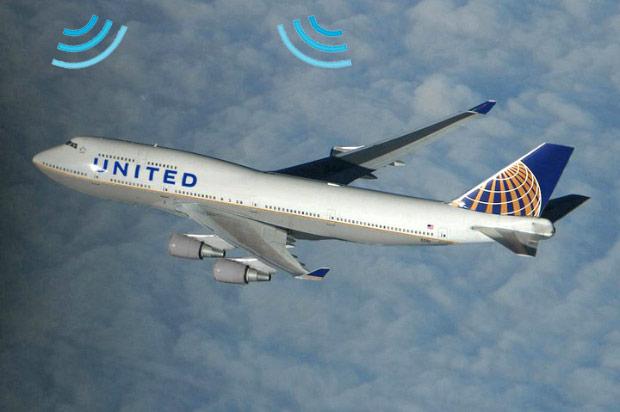 Lufthansa's been pulling (relatively) speedy Ku-band satellite internet from the heavens for a bit over two years, but now trans-Atlantic and trans-Pacific WiFi has finally made its way to a US-based carrier. United, the first US airline to fly the Dreamliner, announced today that a Boeing 747-400 is currently flying around the globe with a constant connection, letting passengers hop online during any portion of the flight -- taxi, takeoff and landing being are a few obvious exceptions, but there's no requirement that the aircraft operate within range of air-to-ground transmitters, a la Gogo.

The installed equipment, manufactured by Panasonic, will provide two tiers of service: Standard, which will range in price from $4 to $15, and a speedier Accelerated flavor, with pricing between $6 and $20. The service, which has also been installed on a pair of regional Airbus A319s, isn't as speedy as ViaSat's future Ka-band offering, but it's a step above what's currently on board. United also announced plans to bring WiFi to its A320, along with Boeing 737, 757, 767, 777 and 787 aircraft -- the airline expects installation to be completed on 300 planes by the end of this year. Still missing on many United flights, however, are power jacks -- it's difficult to take advantage of in-flight WiFi if your laptop is dead.

Update: Satellite WiFi historians may be familiar with Boeing's failed Connexion service, which promised a similar solution but dissolved prematurely in late 2006. United's implementation is the first of its kind for a US carrier.

CHICAGO, Jan. 15, 2013 /PRNewswire/ -- United Airlines has introduced onboard satellite-based Wi-Fi internet connectivity on the first of its international widebody aircraft, becoming the first U.S.-based international carrier to offer customers the ability to stay connected while traveling on long-haul overseas routes.

"Satellite-based Wi-Fi service enables us to better serve our customers and offer them more of what they want in a global airline," said Jim Compton , vice chairman and chief revenue officer at United. "With this new service, we continue to build the airline that customers want to fly."

United will install satellite-based Wi-Fi on Airbus 319 and 320 aircraft, and on Boeing 737, 747, 757, 767, 777 and 787 aircraft. Customers will be able to use their wireless devices such as laptops, smart phones and tablets onboard those aircraft to connect with internet service using the in-flight hotspot.

United is upgrading its fleet with more than $550 million in additional onboard improvements, including:

In this article: in-flightwifi, inflightwifi, ku-band, panasonic, united, unitedairlines, wifi, wireless
All products recommended by Engadget are selected by our editorial team, independent of our parent company. Some of our stories include affiliate links. If you buy something through one of these links, we may earn an affiliate commission.