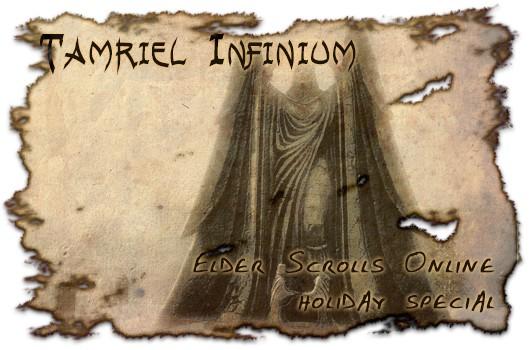 While scouring the interwebs to find different stories and trending topics, I ran across an older article on Tamriel Foundry that asked a question about events in The Elder Scrolls Online. MMOs and events go hand in hand; that's one of the amazing perks of playing a game with active developers. Usually these events coincide with real-life events, Halloween, and winter holidays are usually the most active among the various MMO developers.

Of course, since most MMOs take place in a fictional universe, you can't come right out and say "World of Warcraft celebrates Easter!" Besides alienating all those people who don't happen to celebrate Easter, you'd also blatantly break the imaginary fourth wall. So instead, WoW celebrates the feast of Noblegarden, which contains many western springtime traditions without explicitly calling the event an Easter event. Of course, World of Warcraft isn't the only one to do this. Guild Wars 2 has Wintersday for a pseudo-Christmas and the Shadow of the Mad King for Halloween. Both of the Star Wars MMOs (Star Wars: The Old Republic and Star Wars Galaxies) celebrated the much-detested Wookiee Life Day.

Inspired by the Tamriel Foundry article, I set out to find my own holidays that I think would be fun to celebrate in in ESO in conjunction with real life holidays. Here are my top five that were not mentioned by the other article.

On the first of Morning Star (January in the Earthly calendar) or as early as the 25th of Evening Star (December), the people of Tamriel celebrate new life and a new year. Obviously, this coincides directly with the celebration of modern western holidays of Christmas and New Year's Day and more ancient holidays like Saturnalia.

In Tamriel tradition, the Empire usually raises taxes on this day, much to the chagrin of the citizens of the Empire. However, since there will likely not be a permanent emperor at this time of year, it would be interesting to give extra perks to those who are looking to obtain the crown. Or perhaps if there is a long-time leader, the other factions can be given a bonuses to for attempting to dethrone the existing Emperor -- rallying the people and all that.

However, a must-have on the New Life Festival is free ale. All taverns throughout Tamriel have to give away free ale to all the patrons that day. From its earliest days, this holiday celebrated debauchery. The best way to celebrate a massive increase in taxes is obviously getting drunk and partying. However, in later years, gifts were given and peaceful parties were thrown in celebration of the coming year.

The religious in all of Tamriel take South Wind's Prayer day very seriously. If you've played any Elder Scrolls game, then you know most of the people of Tamriel are poor and ailing. (Insert arrow-to-the-knee joke here.) The day of South Wind's Prayer is a time of healing for all of Tamriel. Citizens pray for a successful upcoming planting season, and the sick trudge up the steps of the Temples for free healing from the clergy. Yes, healing is not normally free in Tamriel, just like real-life healthcare.

Sure, Jester's Day falls on the 18th of Rain's Hand (April), and April Fool's Day is on April 1st. But why can't we have a whole month of goofiness? Maybe it can start on the 1st and end on the 18th.
Although there isn't exactly evidence that an actual spell is cast on the people of Tamriel, every citizen from the lowest to the highest seems to participate in playing pranks on other members of the community. Maybe we can find out the origins of the insane holiday in ESO. I would particularly enjoy witnessing the wacky powers of the Daedric Prince Sheogorath running wild.

Falling on the middle day of the middle month of the year, this holiday doesn't exactly celebrate anything, but it does signify that everything is downhill from here. The temples usually offer up blessings for half the normal cost, and for some unknown reason this tends to be a day that people venture into unknown dungeons and caves. This usually results in a greater number of deaths on this day as well, but people continue to do it every year.

I'd think this time of year might be an interesting time to introduce some super hard-mode dungeons. Then of course, there would be greater once-a-year rewards that participants would be able to obtain only on those days.

On the 27th of Last Seed, the people of Tamriel celebrate Harvest's End. The book by the same name was not written until the third age, but I assume that the holiday was celebrated before the book was written. I also think that this would be an amazing time to highlight the crafters in the game, perhaps with special recipes that are available only during this celebration. I would absolutely love it if during this time of the year, crafters could make best-in-slot gear.

The article on Tamriel Foundry titled Daedric Summoning Days and ESO World Events gave a wonderful example of a Halloween substitute that I don't believe I can top. Although the author, Nybling, places the Summoning of Molag Bal in December, I think it might be more fitting to have it in October or early November. But either way, the event as he describes it sounds like a lot of fun:

In keeping with the overall plot of ESO, this event could be kicked off with Oblivion Gates open up all over Cyrodiil, giving players within the province more to deal with. The faction war can be included by having each Oblivion Gate be essentially a public quest, in which the faction with the most contribution can 'capture' that Oblivion Gate, sending players inside in order to engage in special event battles for unique rewards.

What types of holidays would you like to celebrate in ESO? Let me know in the comments, and next week, I will feature my favorites in the Tamriel Infinium. See you again soon.

Each week, traverse the treacherous terrain of Tamriel with Larry Everett as he records his journey through The Elder Scrolls Online, an MMORPG from ZeniMax. Comments are welcome below, or send a message to larry@massively.com. He promises to keep the arrow-to-the-knee jokes to a minimum.
In this article: bethesda, bethesda-softworks, bethsoft, column, elder-scrolls, elder-scrolls-online, eso, events, featured, holiday, holidays, in-game-events, Nybling, tamriel, Tamriel-Foundry, tamriel-infinium, teso, the-elder-scrolls, the-elder-scrolls-online, zenimax, zenimax-online, zenimax-online-studios
All products recommended by Engadget are selected by our editorial team, independent of our parent company. Some of our stories include affiliate links. If you buy something through one of these links, we may earn an affiliate commission.