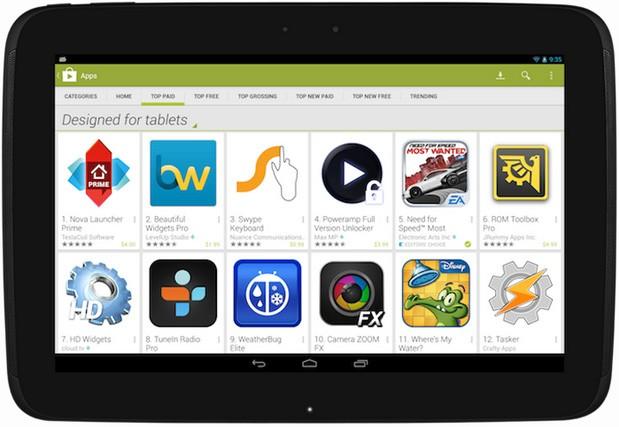 As promised a month or so ago, Google Play is implementing a few changes today that'll push tablet-optimized apps to the forefront. That is, if you're using a device not quite small enough to be considered a phone (though we admit there are certain handhelds that bridge the gap). Indeed, tablet users will now see a "Designed for tablets" section prominently placed as the default view in top lists. Similarly, apps that don't meet the tablet criteria will get shelved as "Designed for phones." It's a relatively simple switch, but hopefully this will help owners of new Android tablets get started on their app libraries right along with their magazine, movie and book ones.

In this article: android, google, mobilepostcross, tablet
All products recommended by Engadget are selected by our editorial team, independent of our parent company. Some of our stories include affiliate links. If you buy something through one of these links, we may earn an affiliate commission.