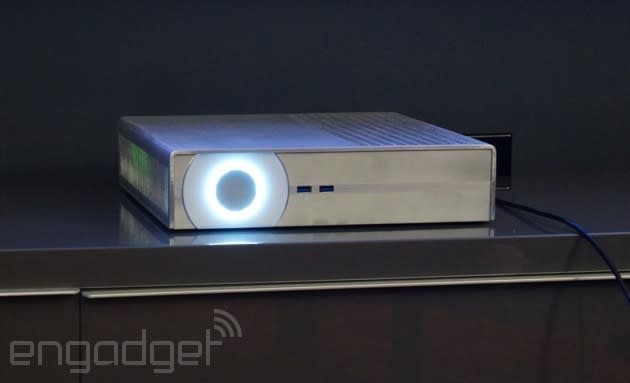 In case Valve's multi-tiered investment in Linux gaming weren't clear enough from SteamOS, the Steam Controller and Steam Machines, the company's also joining the ranks of The Linux Foundation membership. Valve Linux head Mike Sartain calls the news, "one of the many ways Valve is investing in the advancement of Linux gaming"; he sees the move as yet another step for Valve toward its bigger goal of popularizing accessible Linux-based gaming.

Sartain details a three-pronged approach: "contribute tools for developers building new experiences on Linux, compel hardware manufacturers to prioritize support for Linux, and ultimately deliver an elegant and open platform for Linux users." Though Valve's already firing on all fronts (the Steam client for Linux, the Steam Machines reference hardware, and the promise of SteamOS and Steam Machines in 2014), Sartain says The Linux Foundation membership will galvanize that commitment even more. Valve is joining companies like Sony, NVIDIA and Twitter in the silver tier, meaning Valve contributes an annual membership fee of anywhere from $5K to $20K.

In this article: linux, mikesartain, steamcontroller, steammachines, steamos, thelinuxfoundation, valve
All products recommended by Engadget are selected by our editorial team, independent of our parent company. Some of our stories include affiliate links. If you buy something through one of these links, we may earn an affiliate commission.