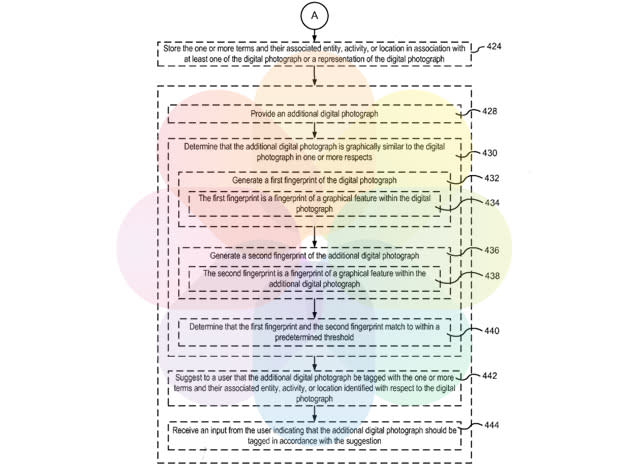 Tagging greatly simplifies photo searches, but it can be a cumbersome process -- just ask anyone who has typed in keywords for dozens of vacation shots. It may be more intuitive if Apple implements the voice tagging from a newly published patent application, though. The technique would let mobile-device users describe images using natural-language voice commands, with social networks and other info filling in the gaps. Say "this is us at the beach" and the software would tag not only you and the location, but also anyone else who was scheduled to come along on the trip. It could even auto-tag photos once it recognizes people and scenes. There's no certainty that iOS will get any of the new voice features, but don't be surprised if you can eventually ask Siri to sort out your iPhone photo gallery.

In this article: apple, ios, iphone, mobilepostcross, patent, photography, siri, uspto, voice, VoiceRecognition
All products recommended by Engadget are selected by our editorial team, independent of our parent company. Some of our stories include affiliate links. If you buy something through one of these links, we may earn an affiliate commission.