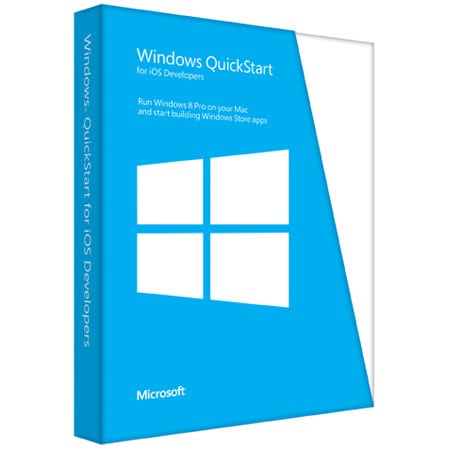 Microsoft knows that many Mac-based developers still have to test in a Windows environment, whether it's to check web rendering in Internet Explorer 10 or to port an iOS or Mac app to competing environments. The firm doesn't want anyone hemming and hawing over how they cross that digital divide, so it's launching a Windows QuickStart Kit in late April to make Windows testing a trivial affair. The USB drive bundle includes a full copy of Windows 8 Pro, virtual machine support through Parallels Desktop 8 and a set of porting labs to help with any app conversions. The lure may may as much about the cost as the convenience: outside of shipping, Microsoft is only asking for a $25 donation to Code.org, the Kahn Academy or Watsi.org. While code builders have to verify their credentials and race to buy from limited stock, the kit could still be one of the easiest (and most charitable) ways to go cross-platform.

Update: If you'd hoped to grab one of the QuickStart Kits, that opportunity has now passed -- inventory is completely sold out. The upside? Given the popularity here, Microsoft has stated that it'll look into making other offers available in the near future. [Thanks, Carl]

Via: TechCrunch
Source: Swish, IEBlog
In this article: developer, internetexplorer10, ios, mac, microsoft, parallels, parallelsdesktop8, software, windows8, windows8pro, windowsquickstartkit
All products recommended by Engadget are selected by our editorial team, independent of our parent company. Some of our stories include affiliate links. If you buy something through one of these links, we may earn an affiliate commission.