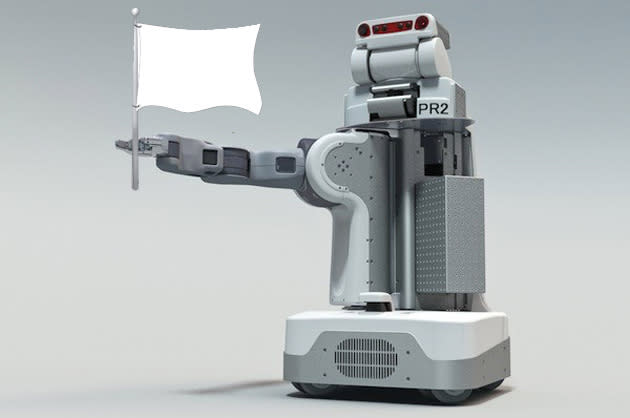 Rumors of Willow Garage's death may have been very premature, but they've come true all the same. Businessweek reports that company founder Scott Hassan shut down the robotics research pioneer in January to become the dedicated CEO of Suitable Technologies, Willow Garage's telepresence-focused spinoff. The closure means that you won't be seeing follow-ups to machines like the PR2 or TurtleBot 2. However, the firm may have created an enduring legacy through its open source robotics platform -- when Baxter and numerous other automatons are using the code, you could be hearing about Willow Garage's work for some time to come.

Update: We've gotten in touch with Willow Garage, and it turns out that rumors of the company's death have been greatly exaggerated... again. While it did move some staff to Suitable Technologies back in August and offloaded support services to Clearpath Robotics, it's still very much in the robot business. Also, the company notes that Hassan has been the CEO of Suitable for roughly three years. It's not clear where Businessweek obtained its info, but it's good to know that Willow Garage is alive and kicking.

In this article: closure, opensource, robot, robotics, robots, ROS, software, SuitableTechnologies, willowgarage
All products recommended by Engadget are selected by our editorial team, independent of our parent company. Some of our stories include affiliate links. If you buy something through one of these links, we may earn an affiliate commission.