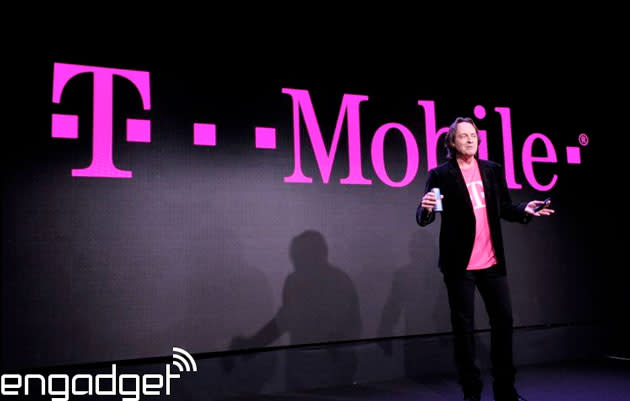 When John Legere jointed T-Mobile, the company had lost two million customers and was eating some substantial losses. The party-crashing CEO, however, seems to have turned things around with the UnCarrier, Jump and Simple Choice programs. In the company's annual report, T-Mobile has announced that 2013 saw the network add a whopping 4.4 million customers across the year. For Q4, while the company added 1.6 million customers, it also marked a loss of $20 million -- so perhaps some of the money spent baiting rival networks should have stayed in the bank.

In this article: 2013, Financials, John Legere, Jump, mobilepostcross, Q4, Simple Choice, t-mobile, UnCarrier
All products recommended by Engadget are selected by our editorial team, independent of our parent company. Some of our stories include affiliate links. If you buy something through one of these links, we may earn an affiliate commission.