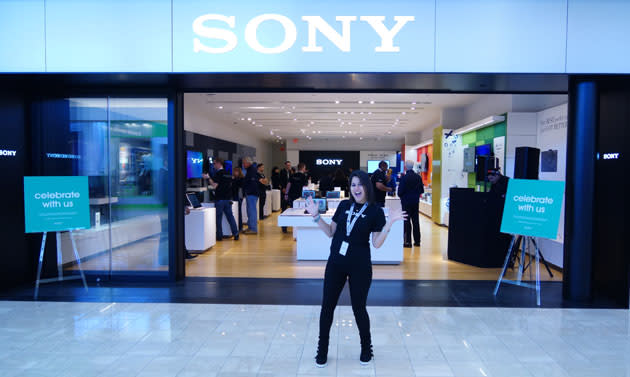 Sony Electronics is closing 20 of its 31 US-based store locations, the Japanese consumer electronics giant announced this afternoon. The news follows layoffs at Sony affecting approximately 5,000 employees worldwide; it's unclear if European or Asian Sony stores are affected by today's news (we've asked). The announcement release cites Sony's need, "to maintain its competitiveness in an evolving consumer electronics market" as the reason for the closures. The company also sold off its PC business last month, making today's news yet another step in the ongoing restructuring of Sony.

The 11 remaining stores are mostly in or near major markets: New York City, Los Angeles, and Orlando and Houston. Sony's two-floor flagship store in New York City is slated to remain open, though the building above it (housing a variety of Sony offices) was sold last year for a cool $1.1 billion. At the time (January 2013), Sony said it'd stay in the building as a renter for "up to" three years.

In this article: closing, closure, closures, hdpostcross, layoffs, sony, sonystore
All products recommended by Engadget are selected by our editorial team, independent of our parent company. Some of our stories include affiliate links. If you buy something through one of these links, we may earn an affiliate commission.