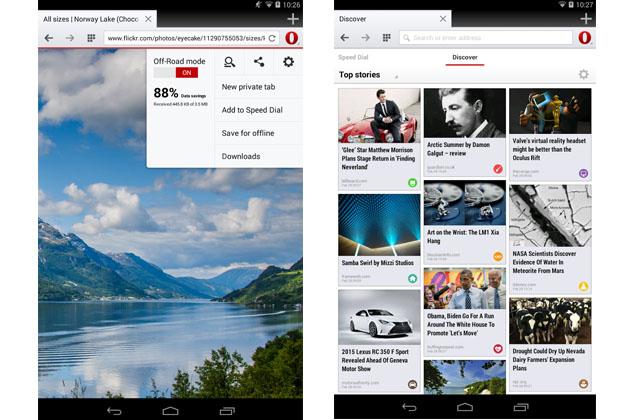 Given Google's Chrome dominance, it's easy to forget that there are other Android browsers. Opera is one of the also-rans, and it's just brought a new version with a nice round number, 20, for your consideration. It's touting WebRTC as the main hook, which lets you do video calls straight from Opera to any recipient with another WebRTC browser. That includes Opera, Chrome or Firefox, since the latter two apps have actually supported WebRTC on Android for quite awhile. Other additions include a new UI layout that you can customize for tablets or phones, an update to the Chromium 33 core (yes, Opera now uses WebKit), search improvements and a new download manager. It still claims to use less data than other browsers thanks to its off-road function, so if you're pushing that hard carrier limit, check the source.

In this article: Android, browser, minipost, mobilepostcross, mobilepostmini, Opera, videochat, WebRTC
All products recommended by Engadget are selected by our editorial team, independent of our parent company. Some of our stories include affiliate links. If you buy something through one of these links, we may earn an affiliate commission.