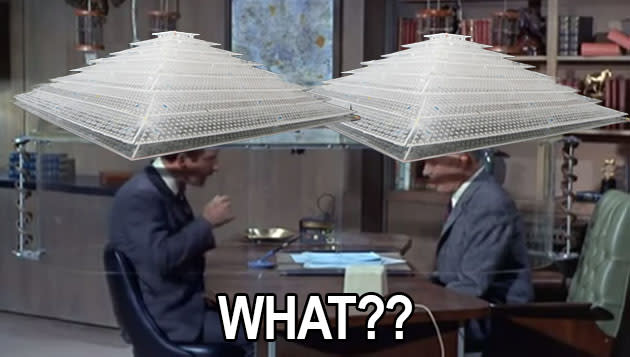 We've seen some overly elaborate invisibility cloaks in our day, but Duke engineers have shown that lo-fi may be best for audio. After much refinement, they've developed a shield that can hide objects from sound waves thanks to a highly engineered pyramid shape and carefully placed holes. The stacked layers retard sound coming from any angle, so that it appears to have bounced off a flat wall when picked up by a detector (see the video after the break). Though it's still early days, such materials could one day protect ships from sonar or improve concert hall acoustics, for instance. It's also got the pyramid power thing going on -- so maybe it could also keep your razor sharp.

)
In this article: acoustic, cloak, DukeUniversity, Engineering, shield
All products recommended by Engadget are selected by our editorial team, independent of our parent company. Some of our stories include affiliate links. If you buy something through one of these links, we may earn an affiliate commission.