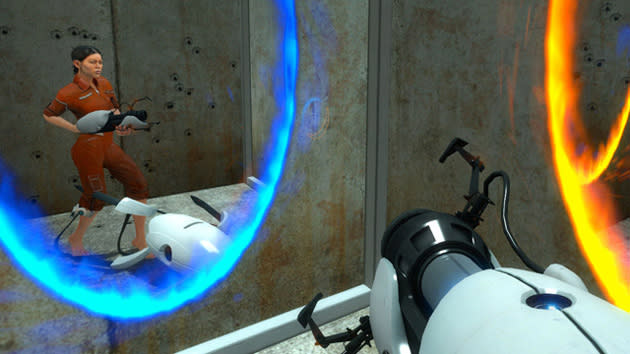 You won't have to stick to a PC or TV to play Valve's iconic games in the future. The developer is teaming up with NVIDIA to bring the original Portal to the Shield handheld -- in other words, Portal is coming to Android. The two haven't said just when the space-defying puzzle title will be available on the Shield, although it unfortunately sounds like other Android devices may be out of luck. We've reached out to see if there's a possibility of a wider release. Still, it's good to see Valve dip its toes in the mobile gaming waters, unlike certain companies. And hey -- it'll be as good an excuse as any to get reacquainted with your Companion Cube.

Update: An NVIDIA spokesperson says that the company isn't discussing "additional devices and/or device requirements at this time."

In this article: android, gaming, mobilepostcross, nvidia, portal, science, shield, valve, valvesoftware, VideoGames
All products recommended by Engadget are selected by our editorial team, independent of our parent company. Some of our stories include affiliate links. If you buy something through one of these links, we may earn an affiliate commission.