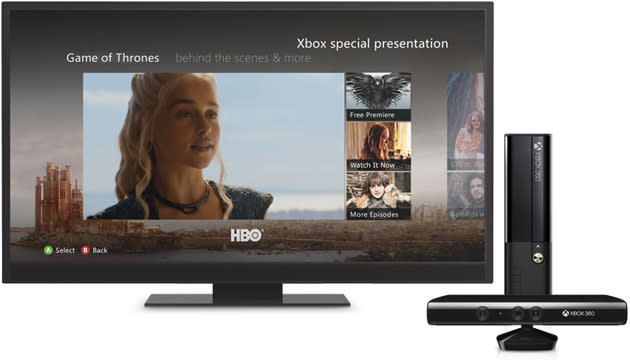 If you missed out on Game of Thrones' season 4 premiere when it first aired -- say, because of the HBO Go meltdown -- you're in for a treat this week. HBO is giving all Xbox users free access to the episode between April 8th and April 14th, whether or not they're subscribers to the premium TV service. Some cable and satellite providers are also offering gratis access through their on-demand platforms and websites. This isn't purely an act of generosity, as you might imagine. Besides giving HBO a chance to advertise a show à la Silicon Valley, the free content could steer some of the many people pirating Game of Thrones toward legitimate sources. Time Warner's CEO has argued that piracy promotes HBO's series -- his company may see a chance to replicate that buzz through official channels.

In this article: gameofthrones, hbo, hdpostcross, microsoft, piracy, streaming, television, tv, xbox360, xboxone
All products recommended by Engadget are selected by our editorial team, independent of our parent company. Some of our stories include affiliate links. If you buy something through one of these links, we may earn an affiliate commission.