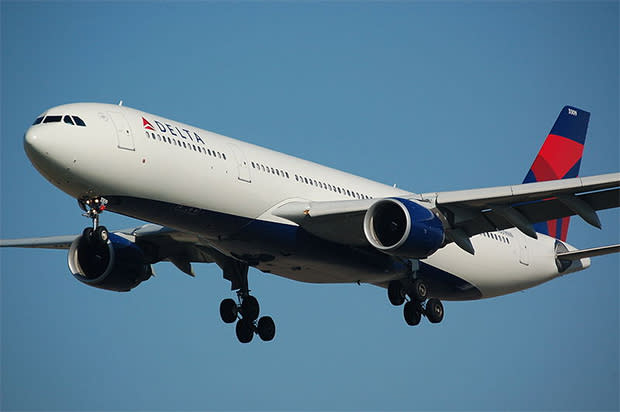 There's still something a little magical about poking around on the internet while hurtling through the atmosphere in a metal tube at a few hundred miles an hour, but it's not quite as good as it could be. At least, that's the stance AT&T has taken -- it just announced that it's building a speedy in-flight data service "based on global 4G LTE standards" that could go live as soon as late 2015.

Just to be clear, here's what this announcement doesn't mean: your phone isn't going to tap directly into AT&T's LTE network from 35,000 feet. No, what AT&T is doing here is building an air-to-ground network (sort of like the one Gogo has in place) that'll let airlines provide faster airborne WiFi to passengers and potentially help aircraft transmit more real-time data back down to the ground. That latter bit sounds significantly less exciting if all you want is to down your complimentary tomato juice and watch some Netflix, but there's no denying that keeping in touch with aircraft is a science that could use some (fine, maybe a lot of) improvement.

In this article: airplane, airplanes, att, inflightwifi, lte, transportation, wifi
All products recommended by Engadget are selected by our editorial team, independent of our parent company. Some of our stories include affiliate links. If you buy something through one of these links, we may earn an affiliate commission.