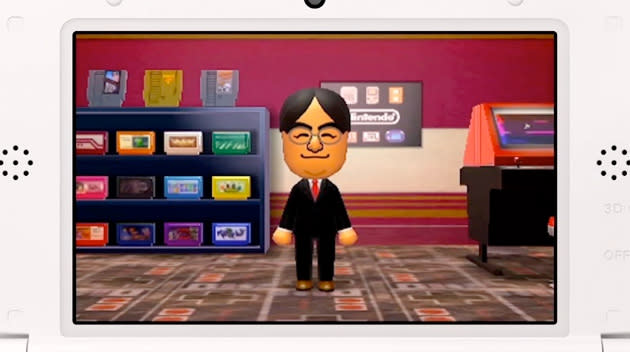 When Nintendo designed Tomodachi Life, a bizarre life-sim that puts the company's Mii avatars in an exaggerated parody of reality, it probably didn't expect to provoke a marriage equality campaign. Community cries for 'Miiquality' petitioned Nintendo to add same-sex relationships to the title, but the company's initial response was sterile and dismissive. "Tomodachi Life was intended to be a whimsical and quirky game," Nintendo said. "We were absolutely not trying to provide social commentary." Intentional or not, the lack of same-sex relationships caused a stir. Now, Nintendo is apologizing officially.

"We apologize for disappointing many people by failing to include same-sex relationships in Tomodachi Life. Unfortunately, it is not possible for us to change this game's design, and such a significant development change can't be accomplished with a post-ship patch."

It's a much warmer response, and addresses the problem more directly: adding new romantic options to the game before launch isn't feasible, and the changes would be too large patch in later. That said, Nintendo plans to be more mindful of these kinds of issues moving forward, promising that future games in the series would be move inclusive and more representative of all kinds of players. It's a good, level response -- and probably what the company should have said in the first place. Better late than never.

In this article: 3ds, 3dsXl, gaming, inclusion, lgbt, lgbtq sexuality, nintendo, tomodachi-life, tomodachilife
All products recommended by Engadget are selected by our editorial team, independent of our parent company. Some of our stories include affiliate links. If you buy something through one of these links, we may earn an affiliate commission.