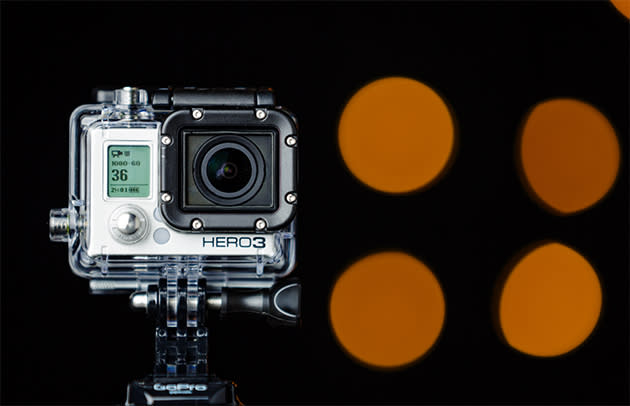 Look, it was no surprise that GoPro has been planning to go public for a while now -- it said as much back in February. Things are finally getting officially official, though: the company just filed its S-1 with the Securities and Exchange Commission, so you can expect to see the ticker symbol GPRO on NASDAQ in due course. There's no shortage of financial types digging through the document as we type (bits to note: the company managed to turn a pretty profit last year, and it shipped a net total of nearly 4 million cameras in 2013), but the story is clear -- GoPro is a big deal, and it's going to get even bigger.

It's (obviously) a big step for the company, and a big milestone for its CEO Nicholas Woodman too. You see, he cooked up the original GoPro concept when he needed something waterproof and capable to take with him while surfing. From there, he embarked on the arduous path of a hardware startup founder (his advice to those who would follow in his footsteps: bootstrapping is a powerful thing) and used cash from his family to fuel growth before locking up a big deal with Foxconn in 2012. GoPro, then, is a sort of startup Cinderella story, and Woodman's the one with the glass slipper... err, action camera.

And how does a company like GoPro plan to stay ahead of the competition? By pushing new cameras and, more importantly, a brand to go with them. The company expects the amount of money it spends on research and development to balloon going forward, but it's the cultivation of a sense of identity that'll really make or break GoPro's fortunes. After all, it's not like any of the upstart competitors looking to eat GoPro's lunch have access to the same Ambarella systems-on-chips that power the popular action cameras... oh wait. A certain chunk of people have already embraced the lifestyle GoPro espouses, but can the company grow that group? Will hardy action cameras ultimately be displaced by beefy smartphones? Will the oft-rumored Hero4 camera ever get here? These are all questions that Woodman and his crew need to answer, and we're looking forward to seeing how they do.

In this article: action camera, camera, gopro, ipo, public
All products recommended by Engadget are selected by our editorial team, independent of our parent company. Some of our stories include affiliate links. If you buy something through one of these links, we may earn an affiliate commission.