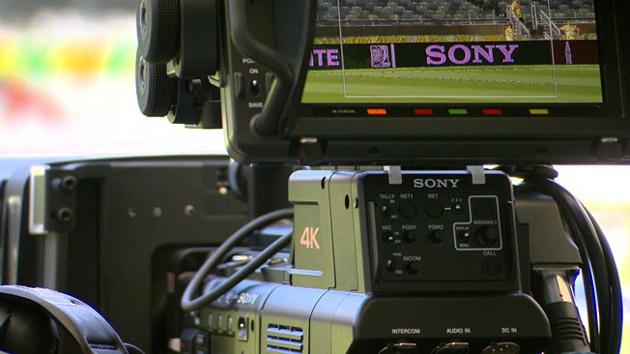 UHD TVs are starting to make more sense now compatible content's slowly appearing. Traditional broadcasters can't react as quickly as streaming services to adopt the new format, but some are showing little interest in being left behind. Korean companies, especially, and now the BBC, which has announced it'll be conducting 4K broadcast trials this summer. Furthermore, it'll apparently be the "first time" 4K video will be sent initially by satellite (from Brazil to the UK), and then forwarded on to TVs via the internet (kind of like Sky's centralized receiver model).

The BBC will be using three World Cup matches filmed in 4K as its test footage, but don't get your hopes up (even if you have a 4K TV), because the signal will only be accessible to a few of the Beeb's R&D facilities. These tests aren't just about getting a 4K signal from Brazil to the UK, and will also look at how the HEVC standard fares over satellite then IP, as well as how adaptive bitrate streaming can deliver high quality video at limited bandwidths. It'll obviously help the BBC pursue UHD broadcasting in the future, but we can't help but think the R&D team will be doing way more watching than working while the games are on.

In this article: 4k, 4ktv, bbc, hdpostcross, hevc, uhd, uk-feature, ultrahd, worldcup
All products recommended by Engadget are selected by our editorial team, independent of our parent company. Some of our stories include affiliate links. If you buy something through one of these links, we may earn an affiliate commission.