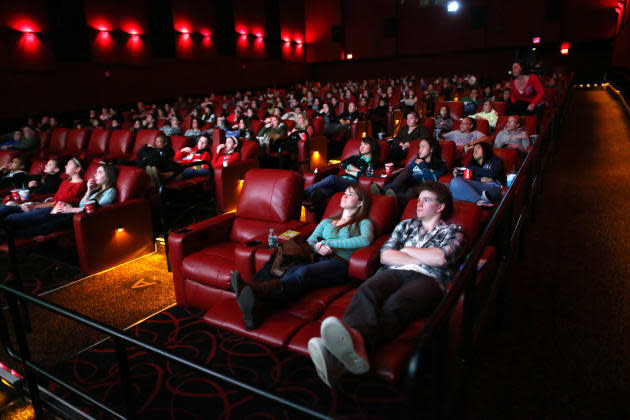 If you've given up on your local movie theater due to its lack of comfort and not the ever-increasing expense, AMC has a plan to lure you back. The second-largest movie chain in the US is shelling out $600 million to rip out old seating and replace it with recliners. That's right, pretty soon you'll be able to settle into a La-Z-Boy-esque seat for the latest three-hour installment of The Hobbit. The outfit has already converted some locations, seeing an average attendance increase of 80 percent. Major markets tend to have the most frequented theaters, so the project aims to revamp those venues that struggle, with a second stage of the face-lift going to big cities. Unfortunately, those recliners won't lean back as far, cutting down on the number of seats lost to the larger chairs. And as you might expect, a ticket price hike is said to be on the way after the renovations have been in place for a year.

In this article: amc, amctheatres, hdpostcross, movies, movietheater
All products recommended by Engadget are selected by our editorial team, independent of our parent company. Some of our stories include affiliate links. If you buy something through one of these links, we may earn an affiliate commission.