First episodes of '24: Live Another Day' to be simulcast with the US 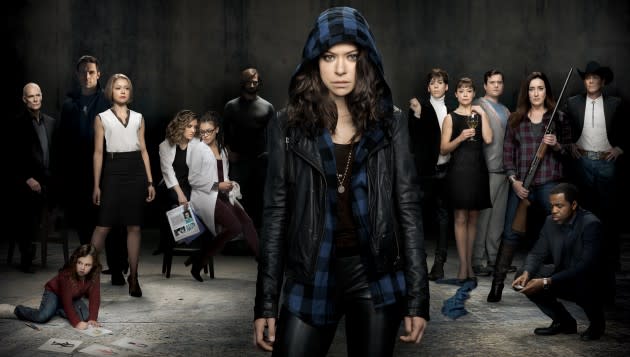 Orphan Black may have been snubbed by the Emmys, but fans can grab season two for themselves this week as it arrives on Blu-ray. Another disc release we're looking forward to is season on of Adult Swim's Black Dynamite animated series that's arriving ahead of its return to television with season two, due in October. While everyone tries to shrug off a post-World Cup hangover, baseball is serving up the Home Run Derby and All-Star Game this week, while NBA Summer League action is on NBA TV. We're still trying to figure out some of the new summer TV series like The Leftovers, The Strain, Extant and Tyrant, but there are a few more new shows incoming (as 24: Live Another Day makes its exit -- Fox hasn't yet announced if it will run another miniseries in the future). FX is premiering Married and You're The Worst this week, Hulu will stream The Hotwives of Orlando, USA has Rush and Satisfaction, PBS tosses in Sex in the Wild and CW brings Seed. Have any of the new shows made it into your DVR queue? Check after the break for a list of what's new this week plus a few trailers, and drop a note in the comments if you see any highlights we've missed.

In this article: 24, BlackDynamite, hdpostcross, listings, MustSeeHdtv, orphanblack, video
All products recommended by Engadget are selected by our editorial team, independent of our parent company. Some of our stories include affiliate links. If you buy something through one of these links, we may earn an affiliate commission.