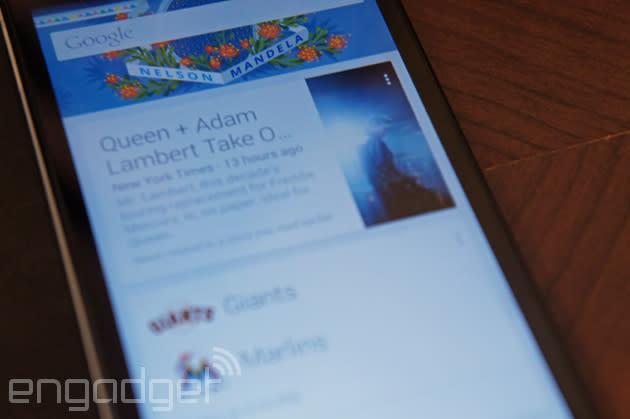 For all its beauty, Android's openness is the reason why manufacturers and carriers are able to make their own tweaks to the OS. Some companies go as far as completely forking the platform, and we know how terrible that can be -- though there are exceptions like Amazon's Fire ecosystem, which offers a solid experience overall. Thankfully, manufacturers are beginning to realize it's much better to deliver Android as Google intended, or at least as close to it as possible (e.g. HTC's Sense 6). Chinese outfit ZTE will join this movement very soon, announcing that the Google Now launcher will be set as the default home screen on its future smartphones, starting with the launch of the Blade Vec 4G next week. Naturally, doing so means giving buyers a cleaner look right out of the box; plus, it puts all of the search giant's services front and center, including the Play store and, of course, Google Now. Most importantly, it's definitely going to make Google happy.

In this article: Android, Android skin, AndroidSkin, AOSP, Google, Google Now Launcher, GoogleNow, GoogleNowLauncher, mobilepostcross, ZTE
All products recommended by Engadget are selected by our editorial team, independent of our parent company. Some of our stories include affiliate links. If you buy something through one of these links, we may earn an affiliate commission.