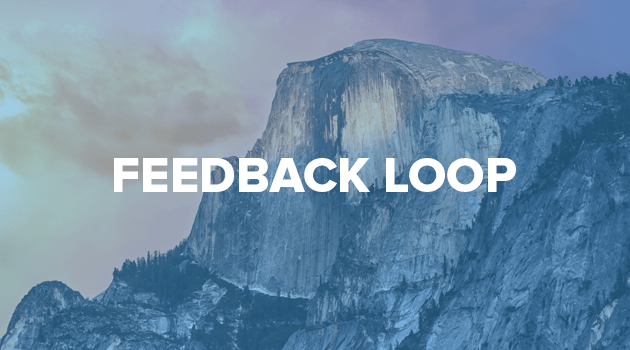 Ready for a fresh edition of Feedback Loop? This week featured discussions about Apple's OS X Yosemite beta, Kindle Unlimited, Nokia's naming conventions, MMO mice and iWatch speculation. Head past the break to talk about all this and more with your fellow Engadget readers.

Share your impressions of the OS X Yosemite beta

Apple just made the beta version of its upcoming operating system update available for download. Engadget Managing Editor Dana Wollman took a look at what we can expect in her Yosemite preview. Are you one of those brave souls who likes living on the bleeding edge? If so, share your own impressions of OS X Yosemite and let us know what you think!

Is Kindle Unlimited worth the cost?

Amazon's new Kindle Unlimited service gives you all-you-can-read access for $10 per month, competing against services like Oyster and Scribd. Engadget's product database manager, Kris, wonders whether the service is worth it. She argues that it's easy to binge-watch shows and movies on services like Netflix, but it's much harder to binge-read a series of novels. Will you be subscribing to Amazon's new service? Sound off in the Engadget forums!

It should be pretty easy to figure out which devices are better based on model numbers alone, right? A "2" is bigger than a "1," so "2" must be better. Take the Nokia Lumia 520 and Lumia 530 for example. TgD examines the differences between each device and wonders whether the Lumia 530 is really better than the Lumia 520. How do you feel when manufacturers do this?

Where are all the MMO mice?

Massively multiplayer online games are some of the most popular types of titles that people play. There was a time when hardware manufacturers like Razer and Logitech made gaming mice that specifically catered to this group. However, Quaddragon feels there's been little innovation in this area. Where are all the good MMO gaming mice?

Should Apple's rumored smartwatch include a SIM card?

Apple's smartwatch has long been rumored and we may finally see it as soon as this fall. Engadget forums user Korrekturlesen speculates on whether or not the watch would have a SIM card. Does this sound like a good idea? Share your thoughts right here.

That's all this week! Want to talk about your favorite gadget or have a burning question about technology? Register for an Engadget account today, visit the Engadget forums and start a new discussion!

In this article: community, Engadget forums, feedback loop, FeedbackLoop, iWatch, kindle unlimited, Microsoft, mmo, model numbers, nokia lumia, os x yosemite, yosemite, yosemite beta
All products recommended by Engadget are selected by our editorial team, independent of our parent company. Some of our stories include affiliate links. If you buy something through one of these links, we may earn an affiliate commission.
Share
Tweet
Share