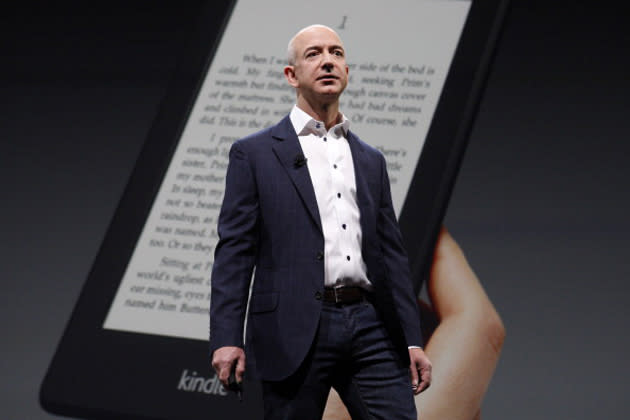 Amazon's fight with Hachette over e-book pricing just got extra-personal. Hot on the heels of writers attacking Jeff Bezos' "retaliation," the Amazon Books Team has posted a Readers United site that calls on you to email Hachette CEO Michael Pietsch and ask him to lower the costs of e-books. The online retailer doesn't want you to mince words, either -- it wants you to bring up his "illegal collusion" and claim that he's using authors as "leverage." Some writers aren't on his side, Amazon says.

Whether or not you think flooding someone's inbox is an effective advocacy tactic, Amazon may not have used the best evidence to criticize writers that back Hachette's position. It cites 1984 creator George Orwell as saying that publishers should conspire together to keep costs artificially high. Well, that's not really true. As the New York Times notes, Amazon is quoting Orwell out of context -- he was in favor of cheaper books (like paperbacks), but contended that they would still hurt the industry's income. He also disputed the notion that lower prices will lead to people buying more books, as Amazon argues. Orwell believed that customers would simply roll the savings into other forms of entertainment, like movies; that's good for both readers and multi-talented media giants like Amazon, but not authors and publishers. While he wasn't completely right about pricing -- paperbacks did spark a literary renaissance, after all -- the issue isn't necessarily as clear-cut as Amazon makes it out to be.

In this article: amazon, e book, e books, e reader, e readers, e-book, e-books, e-reader, e-readers, hachette, internet, kindle, publisher, readersunited
All products recommended by Engadget are selected by our editorial team, independent of our parent company. Some of our stories include affiliate links. If you buy something through one of these links, we may earn an affiliate commission.