This pro video and audio production training is now $40 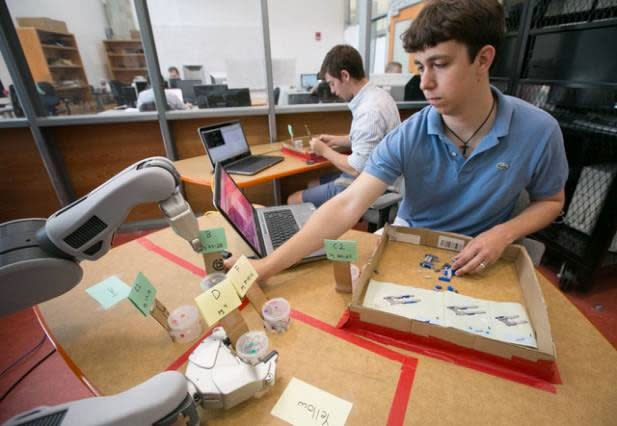 New research from MIT reckons that robots controlling human tasks in manufacturing is not only more efficient than flesh-and-blood middle-management, but preferred by people that do the work too. Automation in the manufacturing process has been around for decades, but the new study aimed to seek out the sweet spot where human workers were "both satisfied and productive."

"We discovered that the answer is to actually give machines more autonomy, if it helps people to work together more fluently with robot teammates," said project lead Matthew Gombolay. The study was composed of groups of two humans and one robot, working in three test conditions. One had all tasks allocated by a human, another where all tasks were allocated by the robot and the final scenario had one human allocating tasks to themselves, while the robot allocated tasks to the other meatsack. Researchers found that when the robot was on top, not only was the group most effective, but the human workers also preferred it, saying that the robot's choices apparently "better understood them."

Gombolay adds: "Instead of coming up with a plan by hand, it's about developing tools to help create plans automatically," he said. These algorithms could then adjust for and instantly develop alternate schedules when things go wrong. Future uses of these kinds of algorithms could be applied to things like search-and-rescue drones, and human-robot collaborative work like construction.