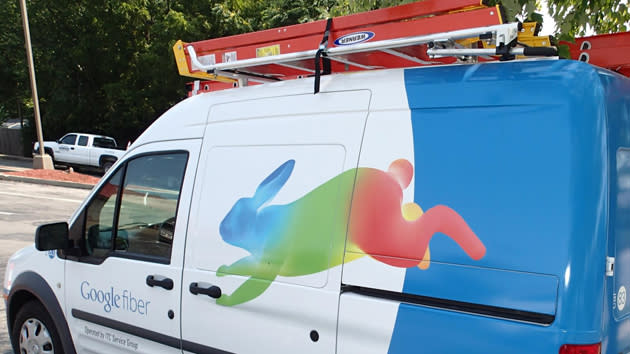 Worried that Google Fiber would just be a momentary fascination for the folks in Mountain View? Don't be. Google has confirmed to the Wall Street Journal that it recently hired Dennis Kish, one of Qualcomm's bigger senior vice presidents, to lead its gigabit internet efforts. While it's not clear why Kish came onboard beyond his "operational expertise," he's no stranger to managing big tech projects. Among other work, he played key roles in both Qualcomm's Mirasol display efforts and ST-Ericsson's connectivity business. That kind of know-how could be crucial given Google's expansion plans, especially if rumors of mobile phone service pan out. It's too soon to gauge Kish's influence, but a high-profile hire like this suggests that Fiber's super-fast data service is only going to get bigger -- and that your local telecom giant may well get some genuine competition.

In this article: denniskish, fiber, fiberoptic, gigabit, google, googlefiber, internet, networking, qualcomm
All products recommended by Engadget are selected by our editorial team, independent of our parent company. Some of our stories include affiliate links. If you buy something through one of these links, we may earn an affiliate commission.