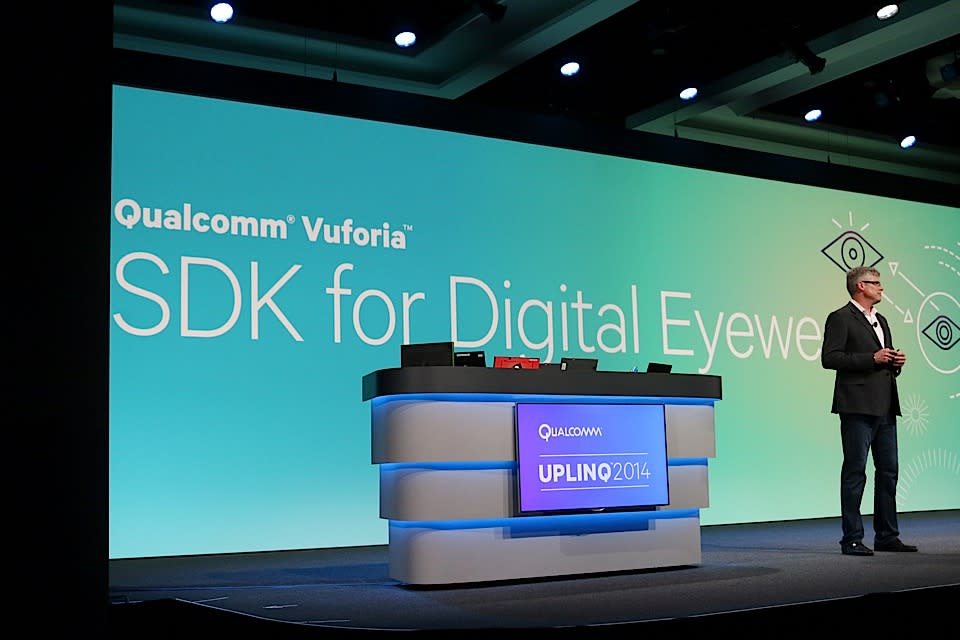 Smartwatches may be the most popular wearable products right now, but facewear is certainly on the up and up. Devices like Samsung's Gear VR and the Epson Moverio glasses are either already on the market or will be coming in the very near future, but what good are these devices if developers have limited access to them? Qualcomm's working on a solution of its own by releasing a developer kit for digital eyewear, and companies like Samsung, Epson and others are on board. The new platform, called the Vuforia SDK for Digital Eyewear, is supposed to aid developers in building hybrid virtual reality/augmented reality (VR/AR) apps that are capable of recognizing objects and images that are within your field of view; the company hopes this ability to lay interactive 3D content over the rest of the world will result in handy apps for gaming, education and shopping. The kit will be available this fall as a beta that will only be available to a small group of developers, and the company hasn't specified when it'll be open to everyone else.

In this article: devkit, digitaleyewear, epson, facewear, gearvr, mobilepostcross, moverio, qualcomm, samsung, sdk, virtualreality, vr
All products recommended by Engadget are selected by our editorial team, independent of our parent company. Some of our stories include affiliate links. If you buy something through one of these links, we may earn an affiliate commission.