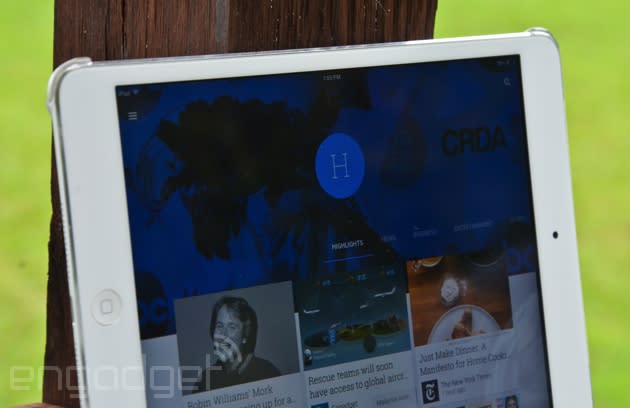 Just as it happened on Android last year, now the iOS version of Google Currents has also been turned into Google Play Newsstand. But the name change isn't the only thing different with the app on Apple's platform. The newly dubbed Google Play Newsstand brings refreshed looks and functionality as well, which make it possible for you to browse through articles in smoother fashion and easily subscribe to topics and publications you're most interested in. While it definitely took the search giant a long time to tweak the Google Currents moniker, at least the application is finally more in line with sibling services like Google Play Movies & TV, Google Play Books and Google Play Music.

In this article: Currents, Google, Google Currents, Google Play Newsstand, GoogleCurrents, iOS, mobilepostcross, Newsstand
All products recommended by Engadget are selected by our editorial team, independent of our parent company. Some of our stories include affiliate links. If you buy something through one of these links, we may earn an affiliate commission.