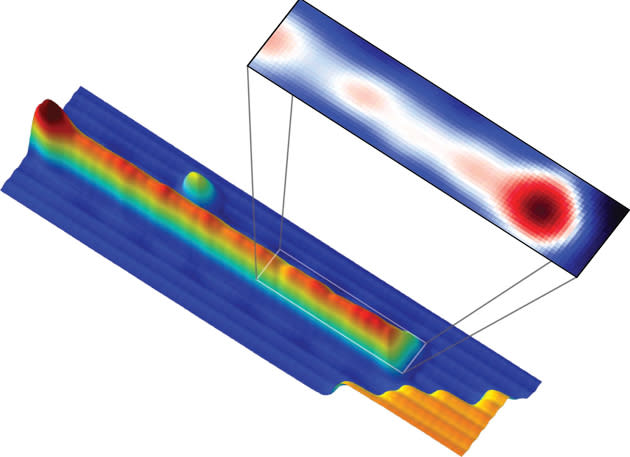 You probably think of matter and antimatter as mortal enemies, since their equivalent particles (such as protons and antiprotons) normally destroy each other on contact. However, there are now hints that the two might get along just fine in the right circumstances. Researchers claim to have successfully imaged a Majorana particle, which exists as both matter and antimatter at the same time. The team created it by placing a string of iron atoms on top of a lead superconductor, forming pairs of electrons and antielectrons -- except for one lone electron at the end of the chain, which exhibited properties of both.

The finding isn't changing physics overnight. More testing is needed to prove that the Majorana particle is really different, and not just another take on either matter or antimatter. Also, it can't exist outside of a superconductor; the finding isn't proof that Majoranas normally occur in nature. If the experiment holds up, though, it could introduce a third kind of particle and challenge the scientific status quo. Many physicists believe that neutrinos are really Majorana particles, and proving that this is possible would go a long way toward supporting their theory.

In this article: antimatter, majorana, matter, neutrino, particle, physics, princeton, princetonuniversity, science
All products recommended by Engadget are selected by our editorial team, independent of our parent company. Some of our stories include affiliate links. If you buy something through one of these links, we may earn an affiliate commission.