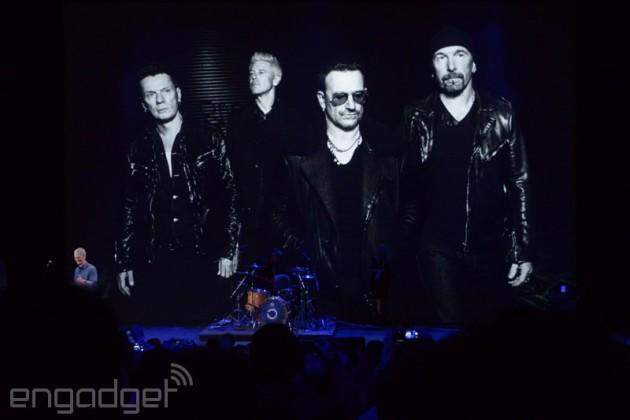 So, just how far did U2's Songs of Innocence spread during its tenure as a free, exclusive iTunes album? Pretty far: according to Eddy Cue, Apple senior VP of internist software and services, 81 million customers heard at least one song from the album during its free period. While those numbers represent just partial downloads of the album, Cue told Billboard that 26 million iTunes users nabbed the whole thing. Those are huge numbers -- he told the publication that before the promotion, only 14 million iTunes customers had purchase the band's music since 2003.

Giving away the album for free doesn't necessarily mean that the band lost physical sales, however -- a deluxe edition of the album is available in stores that features 10 more songs than the free release as well as a handful of other bonus features. Those numbers also don't account for people who downloaded the album by mistake, though it does set an interesting precedent for the future of music distribution. Will freebie albums become the new trend in the music industry? We'll let you know once we see how things pan out with that new music format Bono says Apple's working on.

In this article: apple, Audio, Bono, File Format, Piracy, Rumor, U2
All products recommended by Engadget are selected by our editorial team, independent of our parent company. Some of our stories include affiliate links. If you buy something through one of these links, we may earn an affiliate commission.