Fitbit brings Google Assistant to the Sense and Versa 3 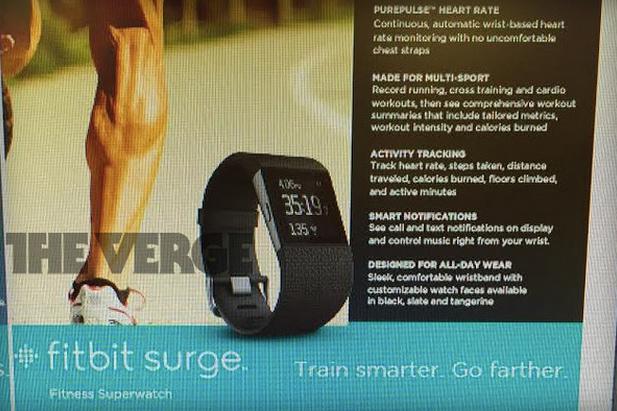 It's been a while since we've seen a new Fitbit product, but according to a leak obtained at The Verge, that's because the company's been working on something a little special. The Fitbit Surge is a "fitness superwatch" that houses two must-haves for serious running types: GPS tracking and a heart-rate monitor. Crucially this would mean the wearable can monitor your activity without having to haul around your smartphone. (The likes of the Galaxy Note 4 or iPhone 6 Plus aren't all that well-suited to a jog in the park). The leaked marketing materials also suggest it will priced at $249 and will still be able to monitor all the less intense calorie burning done on stairs and your commute to work. Borrowing from the smartwatch category, the Surge is also promising smart notifications for calls and texts, as well as music controls. According to The Verge, the watch is rumored to launch in three colors (black, slate and tangerine) in the next few weeks, likely alongside the pair of more lightweight Charge fitness trackers - also leaked in marketing materials. C'mon guys, tighten up that security. We've reached out to Fitbit for more.

In this article: fitbit, fitbitsurge, fitness, fitnesstracker, gps, HeartRateMonitor, leak, running, surge, wearable
All products recommended by Engadget are selected by our editorial team, independent of our parent company. Some of our stories include affiliate links. If you buy something through one of these links, we may earn an affiliate commission.