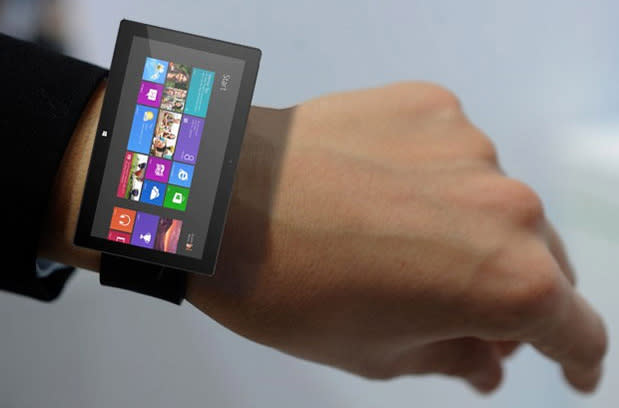 Do you remember Spot? Well, that was Microsoft's very early smartwatch effort, lost in the mists of bygone technology. Finally, a long time coming, a more modern effort from the company is apparently on its way-- and coming soon. According to Forbes' anonymous sources, Microsoft's next smartwatch will be able to passively track your heart-rate (meaning less stress on the battery) and work across several mobile platforms. Both points make a lot of sense, but the latter could be especially important if Microsoft wants a hit: Windows Phone is still a very distant third to both Android devices and the iPhone. The rumored product could also explain why the heck Microsoft developed a smartwatch keyboard in the first place. We'll let you know more when we hear it.

In this article: batterylife, heartrate, microsoft, rumor, smartwatch, wearable
All products recommended by Engadget are selected by our editorial team, independent of our parent company. Some of our stories include affiliate links. If you buy something through one of these links, we may earn an affiliate commission.