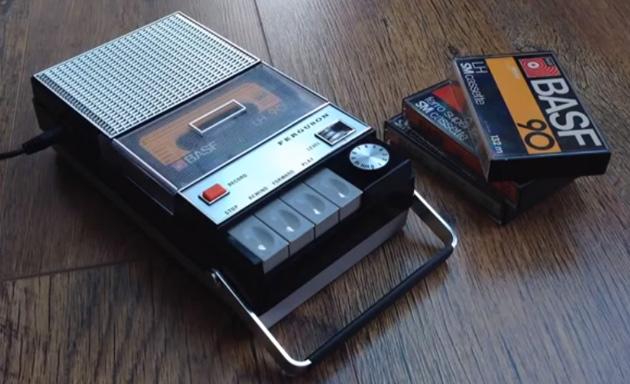 The above contraption may look like the kind of cassette player bygone teens used to use to create mix tapes, but it's not -- it's a Raspberry Pi-powered Spotify speaker with NFC-based playlists. Its creator, a British builder named Matt Brailsford, said he came up with the idea after being introduced to the iRecorder, a novelty speaker designed to look like a traditional cassette recorder. Brailsford's project is more than a glorified iPod dock, however: it uses those NFC playlists embedded inside cassette tapes to dictate which of his Spotify jams is active, and the entire experience (volume, play, next and stop) can be controlled with the ancient recorder's analog buttons below. The NFC-tapes are even double sided. Sadly, Brailsford's modern technology couldn't update all of the cassette player's features: that record button doesn't do anything anymore.

Update: Well, whaddya know? Turns out that record button isn't redundant after all. Brailsford got in touch to tell us it functions as a power switch. Nifty!

In this article: apple, cassette, cassettetape, nfc, rasberry pi, recorder, spotify
All products recommended by Engadget are selected by our editorial team, independent of our parent company. Some of our stories include affiliate links. If you buy something through one of these links, we may earn an affiliate commission.