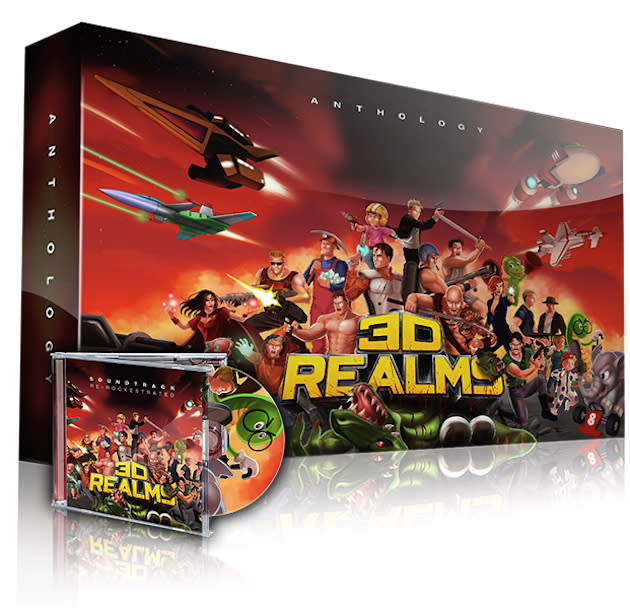 The early '90s were a simpler time: Mullets were acceptable, everyone was wearing Zubaz pants and rocking your dad's flannel didn't make you a hipster. In an effort to bring us back to the era when grunge ruled the earth, the folks at formerly-defunct 3D Realms has bundled 32 of its classic games into one package and is selling 'em DRM-free over at its website. What's in the collection of almost everything the company produced? A killaton of games (and a remastered soundtrack, apparently), that's what; including, but not limited to: Duke Nukem 3D, Commander Keen: Goodbye Galaxy, Wolfenstein 3D and Wacky Wheels. The anthology will set you back $40, but if you act within the next two days you can get it for half of that. There's a video after the break if you need a refresher course on who the company is, too. 3D Realms also promises that in the coming months it'll have much more to talk about including its in-development games. Come get some, indeed.

In this article: 3dRealms, apogeesoftware, commanderkeen, DukeNukem3d, gaming, hd, hdpostcross, PcGaming, wackywheels, Wolfenstein3d
All products recommended by Engadget are selected by our editorial team, independent of our parent company. Some of our stories include affiliate links. If you buy something through one of these links, we may earn an affiliate commission.