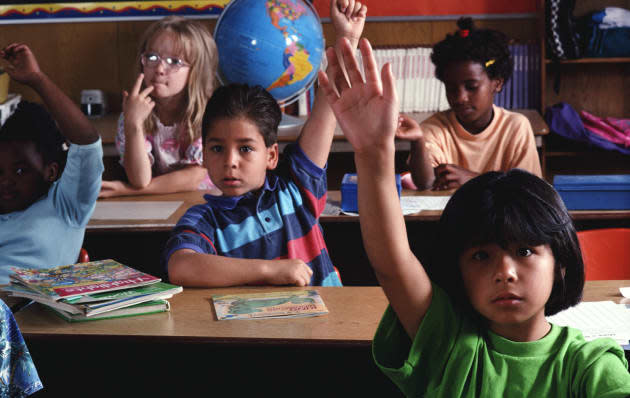 Students in 114 schools across the country are about to get free iPads straight from Apple, thanks to the tech titan's $100 million pledge to President Obama's ConnectED initiative. Cupertino first announced its support for the project (which aims to give students access to high-speed internet) in February this year, but now we know how the company's fulfilling its multimillion-dollar promise. According to Apple's ConnectED page, 96 percent of the students in each of its 114 chosen schools are eligible for free or, at least, reduced-priced lunches. Also, half of the schools are in urban areas, with students who are mostly of Black, Hispanic, Native American and Asian heritage. Apple placed emphasis in giving minorities access to technology and knowledge, as they usually don't, putting them at a disadvantage. The company says it sees "the results of this and other forms of inequality every day", as "minorities are significantly underrepresented in the technology industry."

In addition to giving every student in the school an iPad, Apple will also provide each teacher with both an iPad and a Mac and will equip classrooms with Apple TV. The company will be assigning special education teams to oversee each school, tailor curricula for the needs of every institution and work with providers to ensure students and teachers have WiFi or cellular connection, as well. You can check out Apple's ConnectED page for more details, or the complete list of schools to know if there's one in your area.

Inspired by the students, teachers, and administrators at the 114 schools we're partnering with for ConnectED http://t.co/WTsQT0yAD4

In this article: apple, connected, education
All products recommended by Engadget are selected by our editorial team, independent of our parent company. Some of our stories include affiliate links. If you buy something through one of these links, we may earn an affiliate commission.