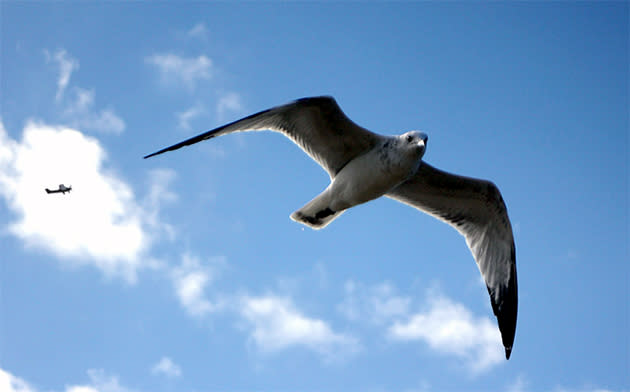 We've all been there: you're trying to catch a little shut-eye on a flight when boom, out of nowhere, the plane hits a rough patch and you're dramatically roused from your slumber. Thanks to researchers at RMIT University in Melbourne, Australia, those rude awakenings just might become a thing of the past. Inspired by the way birds detect and adjust to shifts in wind and airflow using their feathers, the school's Unmanned Systems Research team cooked up a series of sensors they can attach to an (admittedly tiny) aircraft's wings. Here's the thing: as well as just measuring gusts of wind as they pass across the wing's leading edge, the sensors can pick up shifting air currents in front of the wing too before they have a chance to send planes a-tumblin' (naturally, they proceeded to patent the stuff just to be safe). In its current form the tech is best suited for keeping lightweight planes on the straight and narrow, but team supervisor Simon Watkins thinks it could easily be applied to bigger vehicles -- like maybe the shiny new 777 you board down the road.

In this article: airplane, airplanes, feather, flight, planes, rmit, science, turbulence
All products recommended by Engadget are selected by our editorial team, independent of our parent company. Some of our stories include affiliate links. If you buy something through one of these links, we may earn an affiliate commission.