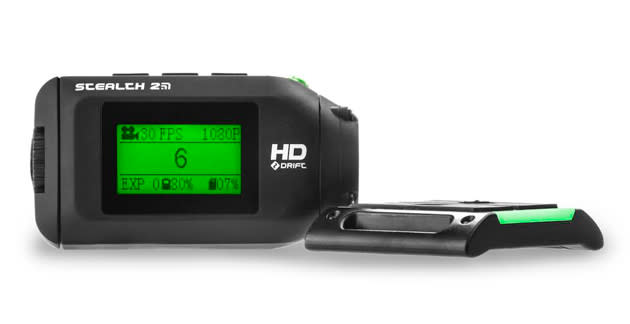 Drift Innovation is a seasoned veteran of the action camera world, but there's no question that it's facing a lot of pressure lately; models like the Ghost S are huge next to rivals like the GoPro Hero4. The company's newly launched Stealth 2 camera might just come to the rescue, though. While it captures 1080p video at 30 frames per second instead of 60 like its Ghost S predecessor, it's also just half the size and 40 percent lighter -- rather important when you may be strapping this device to your head. However you use it, the new Stealth should last for a respectable three hours of recording. It also comes with modern conveniences like WiFi remote control and a 300-degree rotatable lens that adapts to difficult shooting positions. This shooter doesn't tout 4K video or other luxuries, but you're also paying $249. That's a solid bargain for a tiny adventure cam that makes relatively few compromises.

In this article: actioncamera, camera, drift, driftinnovation, DriftStealth2, stealth2, video
All products recommended by Engadget are selected by our editorial team, independent of our parent company. Some of our stories include affiliate links. If you buy something through one of these links, we may earn an affiliate commission.