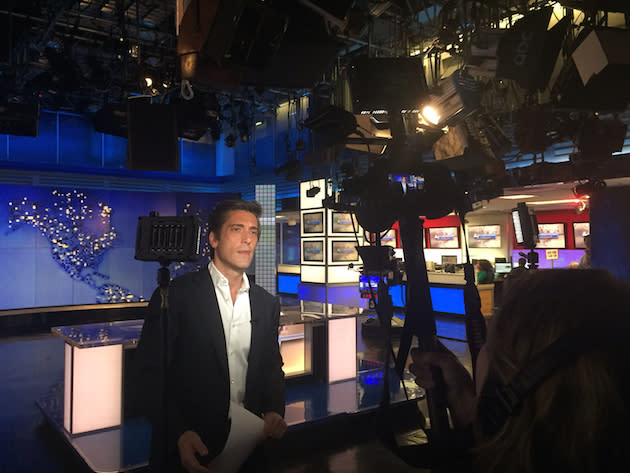 In a hurry and can't wait around for the nightly news? Well, Facebook and ABC are teaming up to fix that. As ABC tells it, Facecast: The One Thing is the first daily newscast made for social media and hosted by an evening news anchor. That anchor, of course, is none other than the network's David Muir. Each episode is 60 seconds long and you can catch it on the World News Tonight Facebook page (naturally). ABC promises it'll deliver breaking news, economic stories and sports using video, photos and infographics. You know, like a typical newscast, but condensed and targeted, perhaps unsurprisingly, at mobile users. What's on the debut episode? Talk of the new Star Wars trailer, the Saint Louis Rams' "hands up" pose and a few other topics as well. We've embedded the post below in case you're curious -- it'll only take a minute.

In this article: abc, AbcNews, davidmuir, facebook, facecast, hdpostcross, internet, mobilepostcross, news, newscast, theonething
All products recommended by Engadget are selected by our editorial team, independent of our parent company. Some of our stories include affiliate links. If you buy something through one of these links, we may earn an affiliate commission.