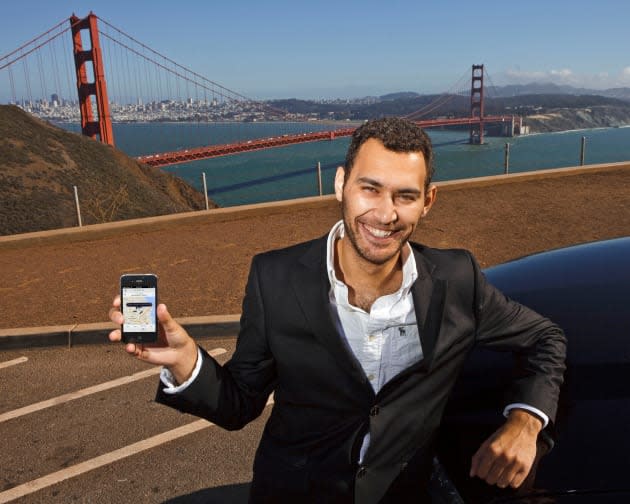 Wonder how Uber's week could get worse? Today the district attorneys for Los Angeles and San Francisco announced they're following through on their threat to sue the company, and that they have reached a settlement with its competitor Lyft. According to the DAs (PDF), the lawsuit against Uber is because of "false and misleading statements to consumers." Specifically they take issue with the quality of the background checks Uber claims it uses on drivers and its $1 "Safe Rides" fee, a failure to have authorization to work at airports, and a practice of collecting but not passing on a $4 "airport fee toll" at SFO. SF DA George Gascón and LA DA Jackie Lacey are looking for an injunction to shut Uber's service, penalties and restitution. For its part, Lyft agreed to stop making misleading statements about its background checks, seek authorization from any airports where it offers service and pay $500k in civil penalties. But hey, at least Uber has a Spotify tie-in.

Update: Uber spokesperson Eva Behrend said "We will continue to engage in discussions with the District Attorneys" and that Uber is a safe part of the transportation ecosystem. Check after the break for the full statement.

Californians and California lawmakers all agree--Uber is an integral, safe, and established part of the transportation ecosystem in the Golden State. Uber has met with the District Attorneys to address their concerns regarding airport operations, the uberPOOL product, background checks, and operation of the app. We will continue to engage in discussions with the District Attorneys.

In this article: GeorgeGascón, injunction, lawsuit, LosAngeles, lyft, ridesharing, SanFrancisco, sfo, uber
All products recommended by Engadget are selected by our editorial team, independent of our parent company. Some of our stories include affiliate links. If you buy something through one of these links, we may earn an affiliate commission.