Sony's 8K and OLED TVs adapt their sound to your room 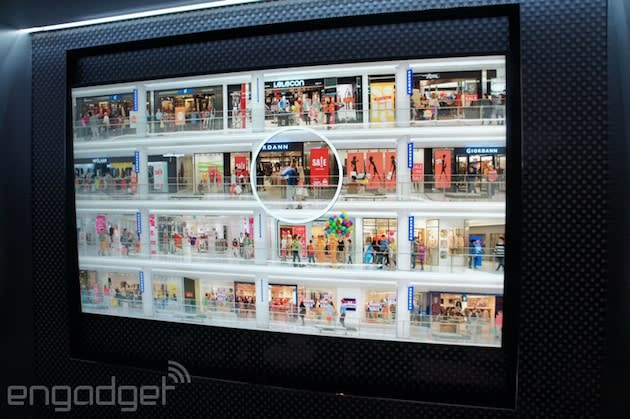 Despite announcing plans to flood the market with a number of new HD and Ultra HD TVs, Samsung still found room in its CES booth for the first 8K TV we've seen from the manufacturer. Labeled as QUHD or Quad Ultra HD, it's also only the second flatscreen with 7,680 x 4,320 pixels that we've seen, period. Still, our eyes may be getting jaded as a result of all the super high-res displays we've seen lately because this one didn't have the shock value Sharp's 8K Super Hi-Vision screen garnered with its debut a couple of years ago.

Another reason could be the demo content, as Samsung opted for a Robin Sparkles-ish mall scene that was impressive in its sharpness and realism, but didn't exactly draw us in as viewers and the crowded booth gave little room to take it all in. The demo video even magnified specific sections at time to emphasize the 8K res, but we'd prefer a reel with more action. Check after the break for a few more close up pictures and let us know if you can see the 8K difference. 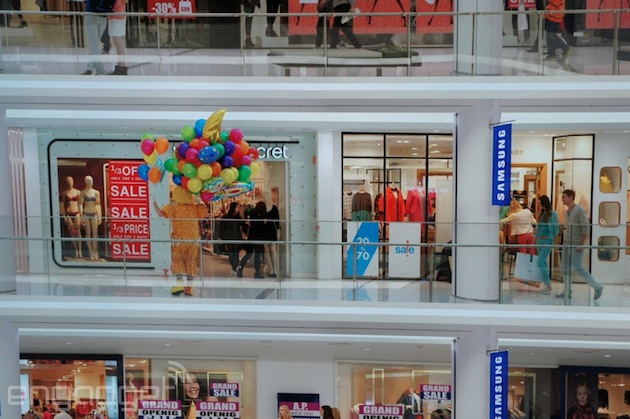 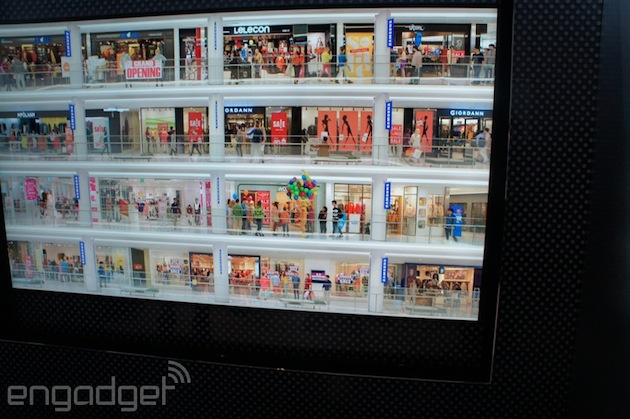 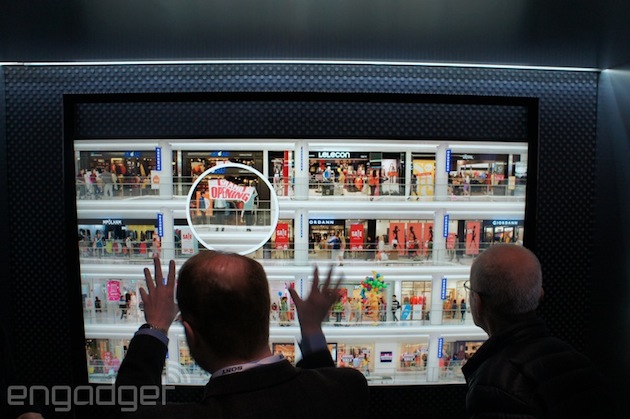 In this article: 8k, 98-inch, ces, ces2014, hdpostcross, samsung, shv
All products recommended by Engadget are selected by our editorial team, independent of our parent company. Some of our stories include affiliate links. If you buy something through one of these links, we may earn an affiliate commission.