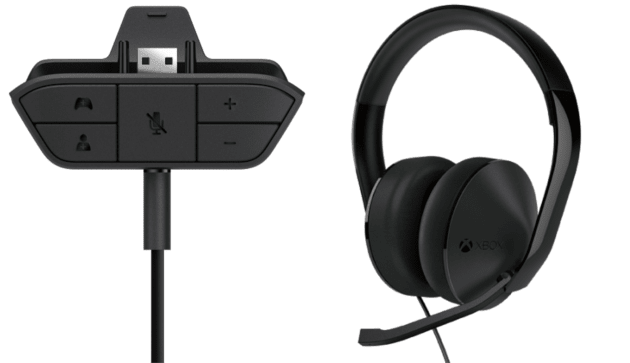 The DualShock 4 just has a simple 3.5mm audio jack baked right into its body. The Xbox One controller, on the other hand, has a small proprietary port that wasn't designed for connecting a headset to... at least not without some help. In early March, Microsoft will start selling an adapter that will let you connect your favorite pair of cans to your controller for $25. The small adapter finally opens the console to third-party headsets, be they Turtle Beach or SteelSeries. The tiny matte plastic accessory even has buttons for controlling volume and muting your microphone. The latter will definitely come in handy for privately cursing the weak link on your Titanfall team without taking your hands off the controller. If you don't already own a headset though (and don't want to settle for the monophonic chat accessory) you can pick up an Xbox-branded one, with the nearly universal adapter included, for $80. Either way, if you're a multiplayer FPS addict, you're probably going to want to pick up one of these when they hit shelves early next month.

Source: Xbox.com
In this article: adapter, headset, microsoft, Xbox One Stereo Headset, xboxone
All products recommended by Engadget are selected by our editorial team, independent of our parent company. Some of our stories include affiliate links. If you buy something through one of these links, we may earn an affiliate commission.