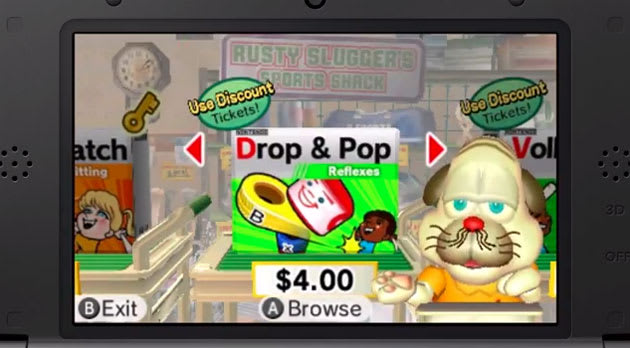 At E3 last year, Nintendo gave itself until March to launch a free-to-play title in the Nintendo eShop. That same week, Shigeru Miyamoto revealed that the gratis game would be based on Steel Diver, a 3DS launch title. Today, Nintendo delivered, releasing Steel Diver: Sub Wars on the 3DS eShop. Technically, it's not the first free-to-play title to grace one of Nintendo's online storefronts (that distinction goes to Namco's Tank! Tank! Tank!), but it is the publisher's inaugural first-party attempt at aping the mobile gaming market. It won't be its last either. During today's Nintendo Direct livestream, the company also announced Rusty's Real Deal Baseball, a mini-game collection that will let players haggle over the price of DLC expansions.

In the wake of floundering Wii U sales and underwhelming financial performance, what these titles represent may be more important than the content of the game. Despite Satoru Iwata's insistence that it "doesn't make sense for Nintendo to do business on smartphones," these releases show that his statement might not apply to how Nintendo runs its business -- augmenting a barebones gaming experience with piecemeal purchases and expansions has far more in common with the smartphone gaming market than Nintendo's traditional competitors. It sounds a little dicey, true, but it's also the kind of experimentation the company needs to dabble in if it hopes to suss out its next-gen strategy. Oh, and if you just dropped by to take a peek at the new game trailers, skip on past the break; they'll be there.

In this article: 3ds, eshop, freetoplay, nintendo, nintendodirect, wii u, wiiu
All products recommended by Engadget are selected by our editorial team, independent of our parent company. Some of our stories include affiliate links. If you buy something through one of these links, we may earn an affiliate commission.