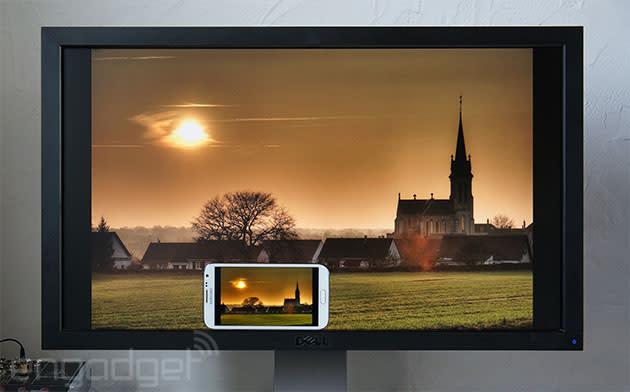 See those two screens up there? Pretty soon the smartphone will have the same resolution as the much bigger panel (a 27-inch Dell U2711 monitor with 2,560 x 1,440 pixels). While the snappiest CPUs, more RAM, better cameras and other frills are a must for the latest handsets, the current marketing pièce de résistance is a higher-resolution screen. In four years, we've passed from a norm of 800 x 480 to 960 x 540 and up to 720p, 1080p and soon -- likely on Samsung's upcoming Galaxy S5 -- 2,560 x 1,440 Quad HD (QHD). That works out to a borderline-insane 500-plus pixels per inch (depending on screen size) and manufacturers aren't stopping there. But is more resolution worth the extra expense if you can't even see the difference? Well, it's complicated. 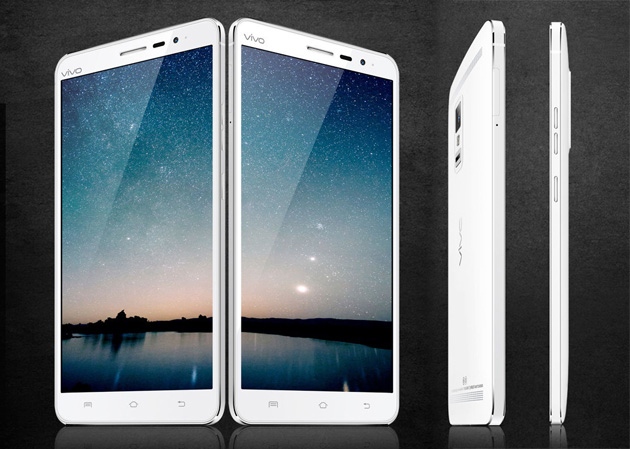 Are higher pixel counts worth the manufacturing cost and effort?

The first smartphone with Quad HD, the 6-inch Vivo Xplay 3S (pictured above), has already been announced. Others that could have that pixel count, like Samsung's Galaxy S5 and the Oppo Find 7 are rumored to be launching at Mobile World Congress next week. As a reality check, that's the maximum supported by most 27-inch and larger pro monitors, apart from several recently announced 4K models. While such screens pack a pixel density of about 110 ppi, the Vivo Xplay 3S handset clocks in at a whopping 490 ppi, more than four times as much. Most people (according to Apple) hold their phones about 10 inches from their eyes, but sit only a touch more than twice that distance from their monitor -- around 24 inches on average.

Are higher pixel counts worth the manufacturing cost and effort? In justifying the Retina display on the original iPhone 4, Apple famously said that the human eye could only resolve about 300 ppi from 10 inches. That seems to have merit considering that most glossy magazines are (effectively) printed at 300 ppi, and no one complains about the resolution of magazines. Others have said that it's possible to distinguish pixels up to about 480 ppi or even more, but that requires closer viewing distances and perfect, youthful eyesight. Most of us fall somewhere between those extremes, depending on our age and the state of our orbs. 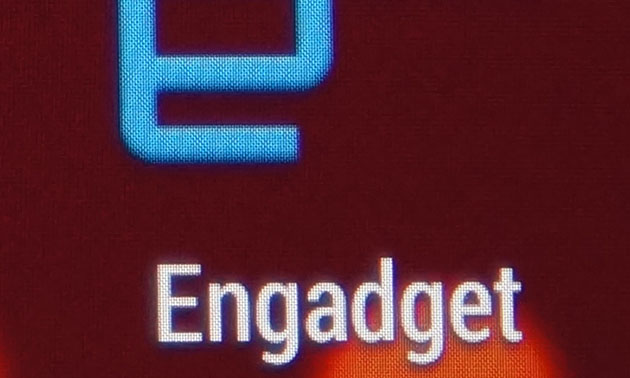 You might be sacrificing a lot of your smartphone's other capabilities in exchange for pixels that are (arguably) imperceptible.

If you're willing to allow that 480 ppi or so is the maximum resolution the best of us can see, then guess what? We're already there, pretty much. LG's Nexus 5 (above) for example, has 1,920 x 1,080 pixels jammed into its relatively petite 4.95-inch screen. That works out to 445 ppi, far in excess of Apple's first Retina display and, for this editor, completely artifact-free at eight to 10 inches, even on fine fonts. You could make the case that Vivo's much larger 6-inch phone is deserving of its 490-ppi Quad HD screen. But then again, six inches is pushing into tablet territory, and you'd probably hold such a phone farther from your eyes -- Apple figures on 15 inches for an 8-inch iPad mini with Retina, for example. From that distance your eyes will resolve less (again, assuming you can even see that close), negating the need for more pixels.

At about 3.7 megapixels, a Quad HD screen has nearly twice the resolution of a 1080p model (2.1 megapixels). Those extra pixels aren't going to push themselves around, meaning you'll need beefier graphics if you want to keep the whole "butter" thing going. Of course, Samsung's upcoming flagship will likely be powered by a state-of-the-art Snapdragon 805 or Exynos 6 CPU if the rumors pan out. However, with the extra resolution, you may not get a corresponding performance boost. On top of that, unless the Korean company's pulled off some coup, battery life may be the same or worse than the current Galaxy S4. All that means you might be sacrificing a lot of your smartphone's other capabilities in exchange for pixels that are (arguably) imperceptible. 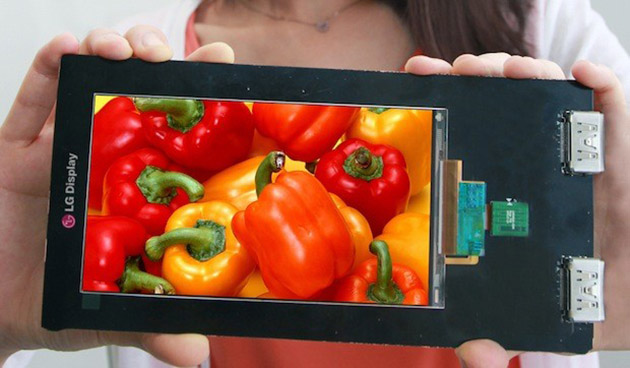 Despite our reservations, pixel progress marches on.

Despite our reservations, pixel progress marches on. Japan Display announced 5.4- and 6.2-inch Quad HD panels; LG has at least a 5.5-inch screen incoming (above); and Qualcomm showed off a 5.1-inch 2,560 x 1,440 model. Along with Vivo's 6-inch display, that covers a wide gamut of screen sizes, most of which are bound to show up in new models this year. And if the rumors are true about Samsung's Galaxy S5, it'll be QHD with a 5.2-inch screen size -- that's 560 ppi, if you're keeping score at home.

It seems that's not enough, because Samsung has already said that it'll have 3,840 x 2,160 (4K) screens out by 2015 with 700 to 800 ppi, depending on screen size. Even the most ardent pixel-lovers would have to agree that's crazy, passing the limits of human acuity and matching 110-inch 4K home theater panels pixel-for-pixel. Naturally, we want our tech dripping from the bleeding edge and we love us some 4K. But after Quad HD becomes the gold standard later this year, manufacturers should focus on more important things like battery life, user experience and design. Don't hold your breath, though, because smartphone marketers love bigger numbers -- even if, like the emperor's clothes, you can't actually see the extra pixels.

In this article: 4k, Galaxy S5, lg, mobilepostcross, mwc, mwc2014, nexus 5, QHD, resolution, samsung, samsung galaxy s5, screen resolution, smartphone, UHD
All products recommended by Engadget are selected by our editorial team, independent of our parent company. Some of our stories include affiliate links. If you buy something through one of these links, we may earn an affiliate commission.