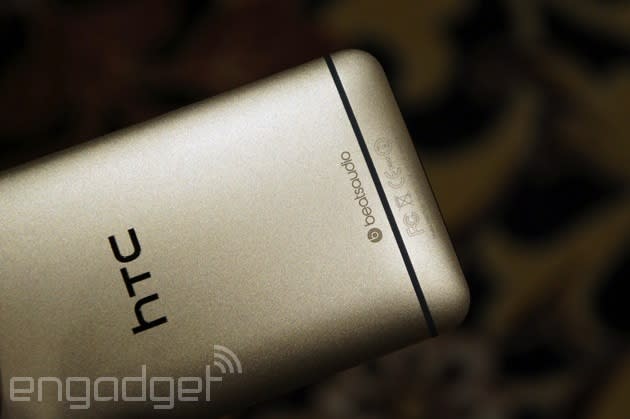 We aren't far from HTC One owners on every major US carrier having access to Android 4.4.2 KitKat. T-Mobile's over-the-air update is rolling out now, and AT&T's will be out "soon," according to HTC's executive director of product management Mo Versi. As with its appearance on Verizon and Sprint, this update brings the latest version of the Sense UI (5.5) and all that that entails. Namely, a more customizable Blinkfeed and several appearance tweaks. The process is a little behind schedule, to be sure, but it's nice to see that carriers haven't slowed it down too much.

[Thanks for sending this in, everyone!]

Another Great News! We have received AT&T's technical approval for the HTC One w/4.4 + Sense 5.5. Looking to get the OTA out soon. Thanks!

T-Mobile HTC One Owners! We have received technical approval for 4.4 OS + Sense 5.5! Expect the OTA out shortly! Thank you for your patience In this article: android, Android4.4, att, google, htc, HtcOne, KitKat, mobilepostcross, t-mobile
All products recommended by Engadget are selected by our editorial team, independent of our parent company. Some of our stories include affiliate links. If you buy something through one of these links, we may earn an affiliate commission.