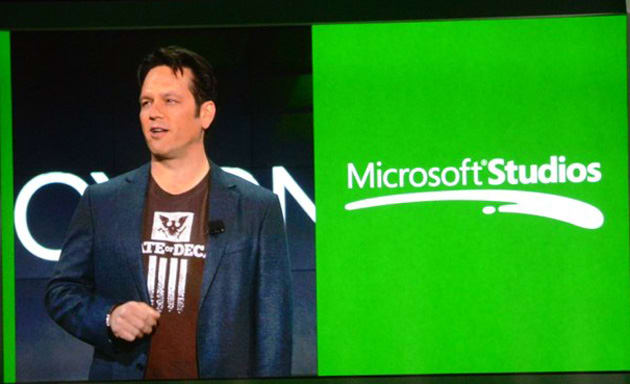 When longtime Xbox lead Marc Whitten left for Sonos recently, Microsoft was left without an exec to lead up one of its most powerful divisions. Today, Phil Spencer is stepping in to fill that spot -- not exactly a surprise given Spencer's past role leading up the Xbox software side (specifically games). Beyond just Microsoft Studios and Xbox, Spencer says he's, "leading the Xbox, Xbox Live, and creative teams including Xbox Music, Xbox Video and Microsoft Studios." It also stands to reason that we'll see a lot more of Spencer during Microsoft's annual E3 briefing and in press interviews; what we're trying to say is "expect to hear from him a lot more going forward."

Not sure who Phil Spencer is? Rest assured, we've got more on his background below.

Phil Spencer is a longtime vet at Microsoft, with previous work going back as far as the Encarta Encyclopedia CD-ROMs. He's been with the Xbox division in various capacities for over a decade; Spencer originally worked with the EMEA region, and eventually rose to corporate VP at Microsoft Studios. Along with Marc Whitten, Yusuf Mehdi and Phil Harrison, Spencer led the charge on launching Microsoft's latest game console, the Xbox One. Spencer and his European counterpart, Phil Harrison, have headed up the games side of the Xbox One's launch, though after today's news it looks like Spencer will have a much broader spectrum of oversight.

He's reporting directly to Terry Myerson, and Spencer's new job isn't coming with new responsibilities for no good reason. New Microsoft CEO Satya Nadella says Spencer's new, more multi-faceted role, "will help ensure we continue to do great work across the Xbox business, and bring more of the magic of Xbox to all form factors, including tablets, PCs and phones." In so many words, he sees Spencer's new job as unifying the disparate pieces of the Xbox business at Microsoft -- a bold, risky move by the nascent CEO, but one that could pay off enormously for the still embattled Xbox division.

Source: Microsoft (1), Microsoft (2)
In this article: hdpostcross, marcwhitten, microsoft, philspencer, xbox360, xboxlive, xboxone
All products recommended by Engadget are selected by our editorial team, independent of our parent company. Some of our stories include affiliate links. If you buy something through one of these links, we may earn an affiliate commission.