Volocopter's massive utility drone can carry up to 440 pounds 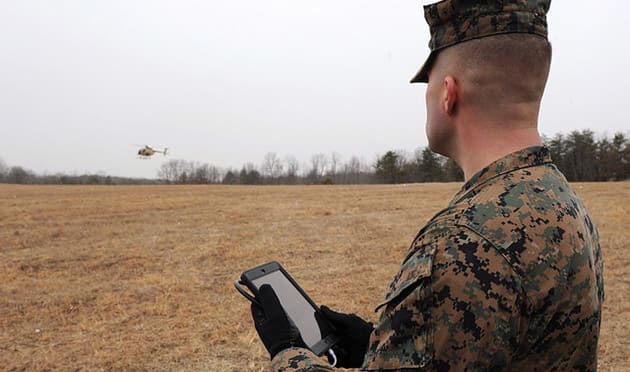 That electromagnetic railgun is cool and all, but it's not the Navy's only wargadget in progress. Apparently, the Armed Forces branch has also been working tirelessly to improve its ship-mounted lasers and autonomous helicopters since we'd last heard about them. The new laser prototype, in particular, is a beefed-up version of what we saw in 2013. It's capable of firing high-energy beams for $1 per shot, providing ships a low-cost alternative to weapons that require expensive ammunition. Within the past months, Navy engineers have consolidated the weapon's controls, so a single person can target, track and fire at threats like unmanned aircraft and attack boats using only a video game-like controller. The Navy wants to deploy this cost-effective death ray this summer aboard the same ship its predecessor occupied (the USS Ponce in the Gulf Sea), but it's still going through some final-stage adjustments.

On the other hand, a Navy helicopter with unmanned flight capability just finished two rounds of testing that proves it's surprisingly easy to use. In fact, a Marine was able to program a flight on its controller (a tablet) after only 15 minutes of training. Aside from being able to fly without a pilot, the choppers can also automatically detect and avoid obstacles such as telephone wires, as well as take the safest paths in inclement weather. These "robocopters" will be used chiefly to deliver supplies to the front lines, since resupply vessels frequently get targeted by enemies. Yes, they're like Amazon's delivery drones on a bigger, more serious scale. Even Chief of Naval Research Rear Adm. Matthew Klunder compared the two: "We're talking the same concept here," he said, "the difference is, we're bringing our customer, the Marine, 5,000 pounds of ammo and water instead." The Navy didn't mention when the autonomous choppers are being deployed, so for now, you'll have to make do with the flight demo below.

Source: Navy (1), (2)
In this article: helicopter, laser, marines, military, navy, transportation, wargadget, weapons
All products recommended by Engadget are selected by our editorial team, independent of our parent company. Some of our stories include affiliate links. If you buy something through one of these links, we may earn an affiliate commission.