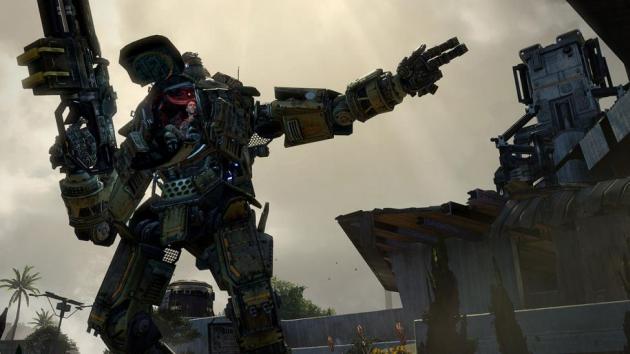 Many looked at Titanfall as being the first tentpole game for the Xbox One, but how many people actually bought it? It turns out 925,000 units were sold through for the quarter, according to publisher Electronic Arts' latest earnings call. Unfortunately, Chief Operating Officer Peter Moore was citing NPD numbers and those don't include digital or world-wide sales, and thus copies bought via EA's Origin PC service or from the Xbox One's dashboard don't factor into that tally. The Xbox 360 version? It's "off to a great start," but Moore didn't go into specifics. Back in April, the NPD reported that the mech game was a top-seller for March and the second-best performing game for the Xbox One -- seeing hard numbers gives a better picture for how well gaming is doing on the new consoles. While Titanfall's numbers are impressive, it's worth remembering that Infamous: Second Son sold more than that on a single platform globally (Titanfall's numbers combined the PC and Xbox One sales) in nine days both physically and via digitally distributed copies.

Source: Electronic Arts
In this article: Electronic-Arts, gaming, hd, hdpostcross, Respawn-Entertainment, titanfall, xbox, Xbox-360, XboxOne
All products recommended by Engadget are selected by our editorial team, independent of our parent company. Some of our stories include affiliate links. If you buy something through one of these links, we may earn an affiliate commission.