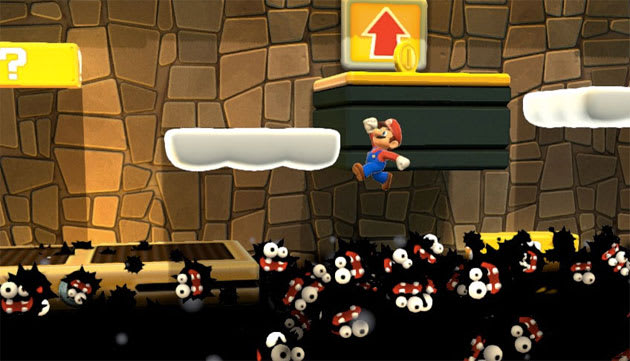 Nintendo's reported a staggering loss of $456 million for the past financial year. The blame is being laid squarely at its relatively young console, the Wii U. Sales have slowed significantly: Nintendo sold 2.72 million Wii Us in the last twelve months. (Running totals for the Xbox One and PS4: five and seven million, respectively). In the last quarter, only 310,000 units were sold. Meanwhile, Nintendo's handhelds continue to sell more favorably: 12 million 3DSes were sold in the last financial year, meaning there's now just shy of 43 million sold globally. It remains third consecutive year of losses for Nintendo, but CEO Iwata claims that this incoming financial year will see a return to operating profit ($394 million, he reckons) and millions more consoles sold. Then again, he said similar things last year.

The Wii U managed to sell close to 3 million units in its launch quarter, but despite markdowns and (perhaps too few) incredible titles, sales continue to tank. From Nintendo itself: "The Wii U hardware still has a negative impact on Nintendo's profits, owing mainly to it's markdown (overseas)." The beleaguered gamesmaker plans to focus on the console's GamePad, calling it the "the most important differentiator of the Wii U" and expects both Super Smash Bros and Mario Kart to act as the main drivers for console sales -- no pun intended.

Source: Nintendo
In this article: 3ds, financials, nintendo, nononono, wii, wiiu
All products recommended by Engadget are selected by our editorial team, independent of our parent company. Some of our stories include affiliate links. If you buy something through one of these links, we may earn an affiliate commission.