Senator Lindsey Graham on how to properly break your phone

Another Samsung flip-phone leaks out: the Hennessy, with dual 480 x 320 displays 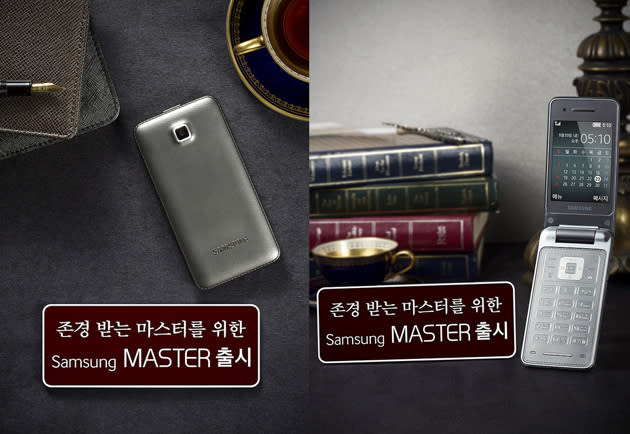 It may be a tad ageist to presume that some older folks prefer simple flip-phones to souped-up smartphones, but Samsung isn't making any apologies. In fact, the firm's just introduced a new line of clamshell phones in South Korea aimed at "respected old generations." Dubbed "Samsung Master," the class of handsets keeps things tame (and decidedly 2008) with 2G and 3G radios, a 3-inch screen, pedometer and FM radio. Of course, even a feature phone would't be complete without some flair. Not only are the phones available in black, red and silver, but their backs and keypads wear the faux stitched leather that's become a staple in the company's more cutting edge phones, tablets and laptops. If you happen to find yourself in South Korea with 240,000 won (roughly $234) to spare, you can snap up the distinguished-looking flip-phone for yourself.

In this article: flip-phone, flipphone, Master, mobilepostcross, samsung, SamsungMaster, SouthKorea
All products recommended by Engadget are selected by our editorial team, independent of our parent company. Some of our stories include affiliate links. If you buy something through one of these links, we may earn an affiliate commission.