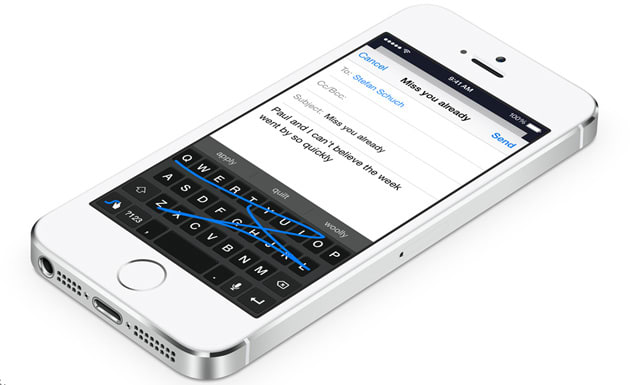 When Apple revealed that iOS 8 would allow third-party keyboards, one big question came to many people's minds: would some of the better-known Android keyboards make the leap? In short, yes. SwiftKey says it has "already started" porting its heavily customizable software to iOS; Swype tells Engadget that it "can't wait" to support Apple's platform. Fleksy, meanwhile, is going so far as to take sign-ups for a beta program and vows to be "one of the first" with a solution. The odds aren't high that you'll get something like Google Keyboard on your iPhone (we've asked to be sure), but you won't be hurting for input methods when iOS 8 is ready this fall.

Source: Fleksy, Swiftkey
In this article: apple, fleksy, ios, ios8, ipad, iphone, keyboard, mobilepostcross, nuance, smartphone, swiftkey, swype, wwdc2014
All products recommended by Engadget are selected by our editorial team, independent of our parent company. Some of our stories include affiliate links. If you buy something through one of these links, we may earn an affiliate commission.