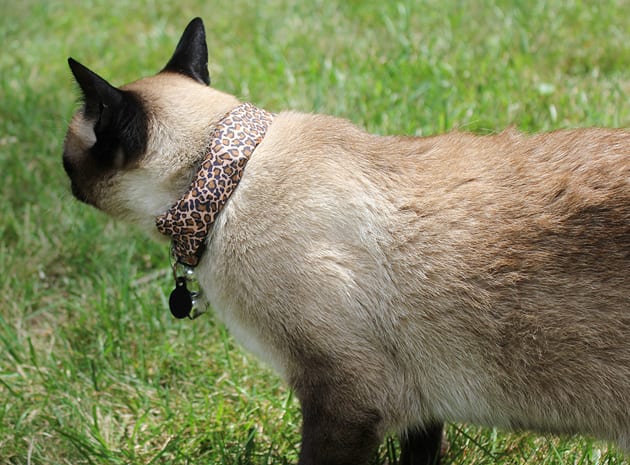 Forget Trojan horses -- it's the cats you have to worry about. Security engineer Gene Bransfield has developed WarKitteh, a tech-laden collar that turns feline companions into scouts for WiFi hackers. The innocuous-looking accessory hides a Spark Core board that maps wireless networks and their vulnerabilities wherever the pet wanders. If used in the field, the technology would be pretty sneaky; the cat stalking mice in your backyard could represent the prelude to an attack on your wireless router.

Thankfully, Bransfield doesn't plan to weaponize the Siamese next door any time soon. WarKitteh was developed on a lark, and it isn't getting much more exposure than a panel at the Defcon hacking conference. However, the experiment in pet-based network penetration also serves as a friendly reminder to lock down your home's WiFi access point. The engineer discovered that many of his neighbors were either using weak security, or none at all -- it wouldn't have taken much for someone with more sinister intentions to either "borrow" those connections or spy on their users.

Via: Wired
Source: Defcon
In this article: cat, culture, defcon, defcon2014, gadgetry, gadgets, gear, hack, networking, pets, sparkcore, timeline16pettech, wardriving, warkitteh, wearable, wearables, wi-fi, wifi
All products recommended by Engadget are selected by our editorial team, independent of our parent company. Some of our stories include affiliate links. If you buy something through one of these links, we may earn an affiliate commission.