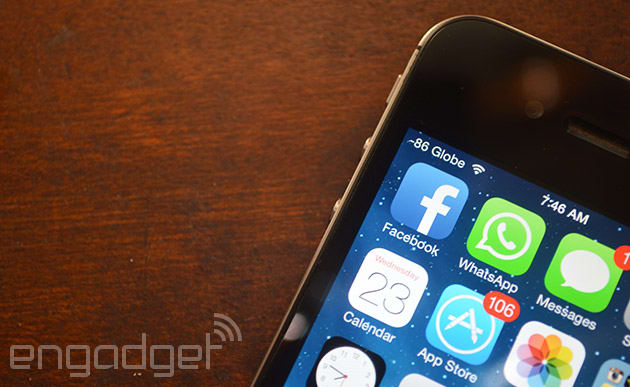 It's certainly nothing new for Facebook to test new features amongst a limited number of users before a widespread rollout, or killing them entirely (it did ask for willing participants, after all). With its latest trial, the social network is trying out an option in its iOS app that allows you to schedule when a post will delete. Taking a cue from its own ephemeral offering Slingshot, the feature will sort the erasing after a period ranging from one hour up to a week. As The Next Web points out, posts deleted from your profile can remain on Facebook servers for up to 90 days via offline backups and logs -- rather than being completely deleted immediately.

Source: The Next Web
In this article: facebook, internet, socialmedia, software, test
All products recommended by Engadget are selected by our editorial team, independent of our parent company. Some of our stories include affiliate links. If you buy something through one of these links, we may earn an affiliate commission.